Charles Barkley is a well-known American former professional basketball player. After returning from basketball, Barkley has been working as an analyst for Inside the NBA. Charles is regarded as the greatest Power/Forwards/Small Forwards of all time. Philadelphia 76ers have retired the No.34 jersey for Charles Barkley.

Charles was born Charles Wade Barkley on February 20, 1963, in Leeds, Alabama. He is among the three biological children born to Charcey Glenn and her former husband, Frank Barkley. His parents divorced when he was young after his father abandoned the family. His mother remarried, and they had a son, John Glenn. Another brother, Rennie, died in infancy. Barkley graduated from Leeds High School and then enrolled at Auburn University. Charles stands six feet and six inches tall and weighs 114 kg.

Charles Barkley has an estimated net worth of more than $50 Million. Barkley has earned much of his net worth through his successful career in NBA and working as a sports analyst. Charles earned $307,000 in his rookie year with the 76ers. Barkley took home $9.2 Million from his seasons with the team. In 1992, The NBA player moved to Phoenix Suns and signed a $14,460,000 contract for four seasons. 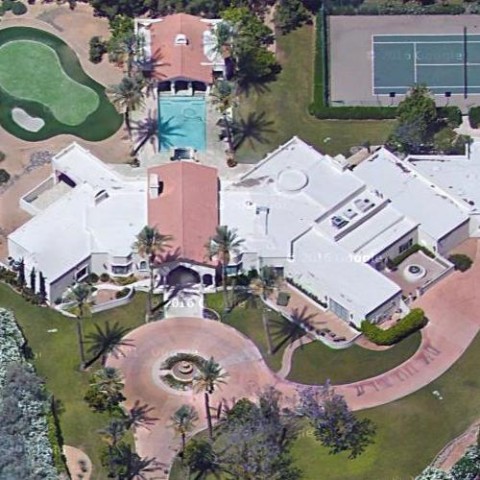 In 1996, Charles signed a four-year contract of $16,945,000 with the Houston Rockets. He also earned tens of millions from endorsements with companies like Nike. Charles appeared in a very famous Nike commercial during his career,  stating, "I am not a role model." He has also endorsed McDonald's and T-Mobile.  He also had his signature shoe line with Nike. Charles has been working as a studio analyst for TNT's network NBA coverage since 2000. His salary with TNT is $6 million per year and is among the highest-paid analyst.

Barkley owns numerous lavish Mansions around the state. The 58-year-old owns a mansion in Scottsdale, Arizona, which is worth $2.2 Million. Charles also owns a $9 Million Manson measuring 4,000 square feet, consisting of four bedrooms, three and a half bathrooms. Also, Charles purchased a new Mansion in the same place for more than $10.5 Million.

In 2017, News broke that Charles was selling his memorabilia to build affordable housing in Alabama. He has a really good reason for selling his 1993 NBA MVP trophy and an Olympic gold medal, among other memorabilia from his Hall of Fame basketball career. As per sources, Experts estimated that the MVP trophy alone could fetch $300,000 to $400,000.

Father of A Daughter

Yes, you read that right. Charles is a proud father of a daughter. Charles tied his wedding knot with his longtime girlfriend, Maureen Blumhardt, in 1989. The love birds had been dating each other for several years before tying their wedding knot. Shortly after their marriage, Charles and Maureen welcomed their only child, a daughter, Christiana. 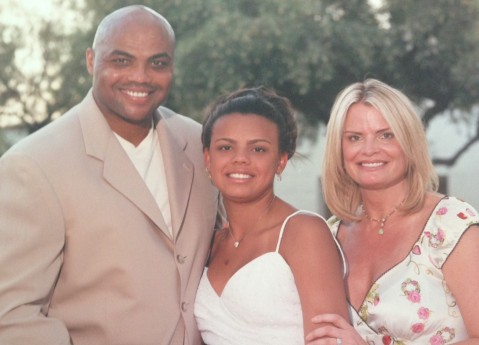 CAPTION: Charles along with his wife and their daughter SOURCE: Pinterest

It's been more than three decades since the marriage. There have been no rumors of the couple having ups and downs in their married life. The family of three is living a happy and peaceful life.

Charles started playing basketball in his early days. He was part of the High School basketball team. Barkley committed to play for Auburn University after graduating from High School. Charles forged his senior year at listed his name for the 1984 NBA draft. Philadelphia 76ers drafted him in as the fifth pick in the first round. .He joined a veteran team that included Julius Erving, Moses Malone, and Maurice Cheeks. Barkley averaged 14.9 points and 11.1 rebounds per game in his rookie year.

Charles improved his games in the second season. He became the team's leading rebounder and number two scorer, averaging 20.0 points and 12.8 rebounds per game. At the end of the season, The team lost the semi-final in the Eastern Conference and was named All-BNA Second Team. In the 1986/87 season, Barkley earned his first trip to an NBA All-Star game and ALl-NBA Second Team honors. Coming to the 1989/90 season, The player finished second in MVP voting behind the Los Angeles Lakers Magic Johnson.

In 1992/93, Charles moved to Phoenix Suns. he averaged 25.6 points on .520 shooting, 12.2 rebounds, and a career-high 5.1 assists per game, leading the Suns to an NBA best 62–20 record. Barkley became the third player ever to win league MVP honors in the season immediately after being traded. Coming into the second year, Charles missed numerous games due to injuries. The NBA player led the team in scoring, rebounds, and steals for his final season, averaging 23.3 points on .500 shooting, 11.6 rebounds, and a career-high .777 free throw shooting. 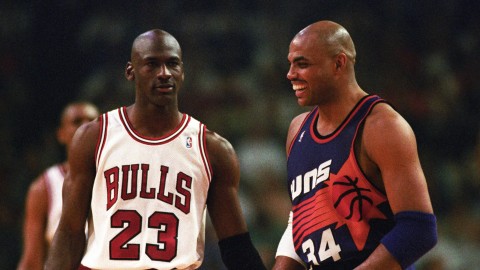 In the 1996/97 season, Barkley moved to Houston Rockets and was his last chance to win his NBA Champion Title. He joined other veterans like Clyde Drexler and Hakeem Olajuwon. Charles was suspended for the season opener and fined $5,000 for his fight with Charles Oakley. He continued to battle injuries throughout the season and played only 53 games, missing 14 games. The NBA player finished his second season, averaging 23 points on .513 shooting, 12.9 rebounds, and 3.9 assists per game in 123 games. Charles announced his retirement from the fun after the 1999/2000 season.

Charles was part of the Olympic games, and the team won Gold Medal in the 1992 Barcelona Olympics. In the 1996 Atlanta Olympics, Barkley was part of the gold medal-winning team. After retiring from basketball, Charles started working as a sports analyst for TNT broadcasts. NBA inducted him in the 2010 Hall of Fame Induction.