Real Madrid are the Champions of Spain; First title since 2017 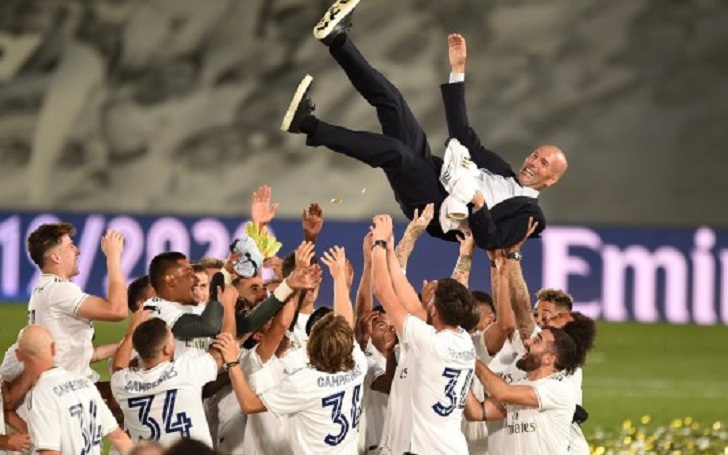 Real Madrid have clinched the LA Liga title for the record 34th time by beating Villarreal 2-1 at home on Thursday. With 2 goals from Karim Benzema, Los Blancos were able to secure the title which is their first since 2017.

Ahead of today's game, Zinedine Zidane's side were 4 points ahead of second-place Barcelona and needed 3 points to claim the title with still a game in hand. However, Barcelona could not get past Osasuna and lost by 2-1 which would still make Real Madrid champions if they had lost.

Real Madrid have 86 points from 37 games while Barcelona have collected 79 points from the same number of games with still a game remaining. With 2 goals, Benzema has taken his goals tally to 21 and is just 2 goals behind Lionel Messi in the Golden Boot race.

The Whites had two points less than Barcelona while the league resumed after the pandemic break. The had the perfect record after pandemic winning all of their 10 games.

“This is one of the best days in my life professionally. It’s another league title, after the confinement and everything else that happened. I wish we could celebrate with the fans, but I’m sure they are very happy at home seeing their team win the league again.”

Khabib Issues Warning Over Justin Gaethje Ahead OF UFC 254, Is Conor In The Mix? 4 days by James