Rayan Aït-Nouri is a rising French professional football player. He is currently playing in the English Premier League for Wolverhampton Wanderers. Rayan plays as a left-back for his club and country; he started his professional career with Angers and recently transferred to Wolves.

Rayan Aït-Nouri was born on June 6, 2001, in Montreuil, France. Rayan has not shared much about his early life in public, but his parents are of Algerian descent. Talking about his physical appearance, Aït-Nouri stands five feet and ten inches tall and weighs 70 kg.

Aït-Nouri has an estimated net worth of more than $3 Million; he collected this sum of money as a professional soccer player. He signed a five-year contract worth more than £9.8.5 million with Wolverhampton, where Ait-Nouri earns £1,716,000 per which is year and £33,000 a week. 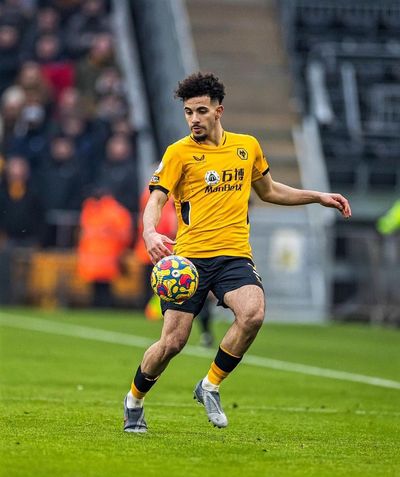 Back when he played for Angers, he had an annual wage of £416,000; he is one of the successful young soccer players who will boost his net worth to a million in coming years. Talking about his endorsements, he has not disclosed any information regarding his earnings through such brands yet.

Aït-Nouri's contract with Wolverhampton Wanderers ends on 30th June 2026 and has a contract option of 1 year. His highest market value was €20.00 million, and currently, he has a market value of €15.00 million, last updated on 23rd December 2021.

Wolverhampton Wanderers's left-back is very much private about his relationship status. Aït-Nouri has not shared a word about his love life. Rayan could be single, dating or even engaged. He often posts his professional life on his social media accounts, so he has not hinted at anything related to his relationships.

He is a graduate of the Angers youth academy, where he was aided in his tuition fee by the club; he signed his first professional contract at the age of 16, Aït-Nouri transferred to Wolverhampton on 4th October 2020 for a loan deal and made his permanent move to Wolverhampton Wanderers for £9.8 million transfer fee on 9th July 2021.

As of Nigerian descent, he is eligible to represent Algeria internationally. He has played for th France Under 18 and 21 teams to date. He is a teammate of Ki-Jana Hoever, who also plays in the Wolverhampton Wanderers.

The French young soccer player Rayan has 64.4K followers on his intagram, where he often posts about his professional life and private life; his account goes by @r.aitnouri.