Raphael Dias Belloli, aka Raphinha, is a well-established Brazilian professional football player. He is currently playing in the La Liga club Barcelona. Belloli plays as a winger for his club and country. Raphael wears the number 22.

Raphael Dias Belloli was born on December 14, 1996, in Proto-Alegre. He rose to fame only after his successful career; so much about his early life and parent is still under the radar. His father was a jobbing musician and shared a bedroom with his parents, younger brother, and pets. Raphael holds half-Italian descent. Talking about his physical appearance, Dias stands five feet and nine inches tall and weighs 75 kg.

Raphael is an active social media user. Following his timeline, we can be sure that The Brazilian football player is involved in a romantic relationship with his longtime girlfriend, Natalia Rodrigues. 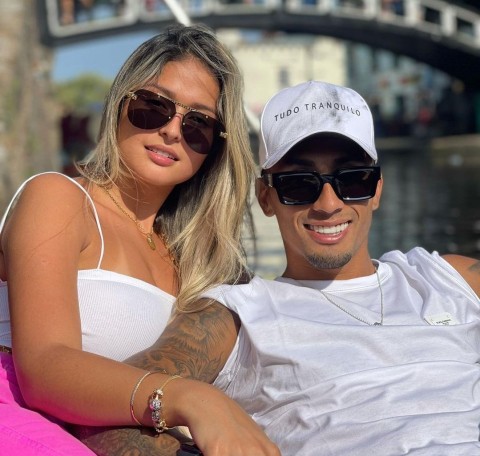 The love birds got engaged in a private engagement ceremony and posted their engagement through their social media posts. We can also see their snaps on social media, as both of them are pretty active.

Raphael Dias Belloli has an estimated net worth of more than $9 Million. He has earned most of his net worth through his football career. Signed with Barcelona on a massive deal of €58 million, he earns £199,000 in a week and £10,348,000 in a year. In the 2021 season, he was at Leeds United. So, his weekly wage was £63,000 while the yearly salary was £3,276,000. In the same way, Raphinha played for other clubs and had impressive deals with them. So, it can be said that he has preserved a considerable fortune.

Also, his current market value is €50 million, and his Transermrkt graph shows that it is increasing gradually.

Raphael started playing football and his siblings in their backyard and played for the Avai youth club for two years. He had a good relationship with Brazilian football legend Ronaldinho. Dias made his professional debut in Portugal for the Vitoria Guimaraes. Raphael won the Vitória Guimarães Breakthrough Player of the Year in 2017. Belloli appeared in more than seventy games in his three seasons with the club and scored more than twenty goals. Raphael shares a photo with a title from Sporting SOURCE: [email protected]

Raphel moved to Sporting CP for a season and was part of the side that won the 2018–19 Taca da Liga. After spending a season with the French Club, Rennis signed him for a transfer fee of €21 million. His eight goals and seven assists helped the team finish third place in the league and qualify for the 2020-21 UEFA Championship league.

In October 2020, Raphael moved to Leeds United and signed a four-year contract for an undisclosed fee reported to be £17 million, or about €20 million. He finished his first season with six goals. In the second season, His goal against Everton was nominated as one of the Premier League's Goals of the Month for August.

On July 13, 2022, Raphinha signed a professional deal with La Liga club Barcelona and has been representing them.

Raphael did not get much chance to represent Brazil in the lower divisions. In August 2021, He earned his senior team call for the World Cup Qualifiers. Belloli has appeared in over ten games. 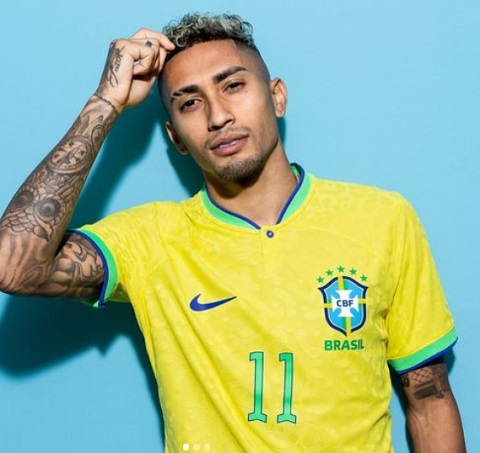 Besides that, Raphinha is also included in the senior team playing in the FIFA World Cup 2022.