Gossip Is Raphinha's Single, Engaged or Married? Know His Relationship Status, His Wife and Relationship History

After appearing in the 2022 FIFA World Cup representing Brazil, Raphinha managed to earn a massive spotlight. And as such, many of Raphael Dias Belloli's fans now wonder about his personal life. Today, we shed some light on the Brazilian footballer's love life. And yes, Raphinha is a taken man. And over the years, he kept a low-key life with his girlfriend-turned-wife.

Besides representing Brazil, Raphael plays under the Barcelona FC banner. And in the 2022-23 season, Belloli appeared in 13 games and scored two goals. Similarly, over his international career, he appeared in ten matches and with three goals in 2022 alone. Aside from his love for soccer, the talented footballer is also very much in love. And here's a bit about his love life!

Raphinha dated his lover for many years before they married!

After the marriage, Raphinha and his squeeze  Natalia Rodrigues Belloli, are open about their relationship. However, it wasn't always like that for the duo. Moreover, in the initial stage of their relationship, Raphael and Natalia kept their love hidden from the public. Raphinha and his wife, Natalia Rodrigues Belloli, dated for a month before the footballer announced their relationship. SOURCE: [email protected]

In 2021, the soccer star made his relationship status public. And through an IG post, Raphael claimed they dated for only a month, and he was in love with his then-girlfriend, Natalia. And Raphinha first shared about his love life. And so, his fans knew on September 10, 2021; the soccer star was off the market through an Instagram post.

And by the end of 2021, the footballer and his girlfriend leveled up their relationship. Raphinha and his squeeze welcomed 2022 as finances. And by February 2022, Belloli and Rodrigues exchanged their sacred vows away from the peering eyes. Despite the vast spotlight that both Rahinha and his wife hold, they kept their wedding hidden from the world. With limited guests on their big day, Natalia later shared about their marriage on her social media.

After they tied the knot, Raphael and Natalia started sharing pictures of them more often. However, currently, Raphinha appears more focused on his career than welcoming a child with his wife. On the same note, Natalia is very good with children, as seen in her pictures with her baby sister. The Brazilian footballer's wife supported her husband's career and attended the most recent Brazil match against South Korea.

The Past History of Raphinha and his Love Life:

Despite the fame that the Brazilian footballer, Raphinha, gained over the years, his personal life remains mysterious. Besides his early life struggles and rags-to-riches story, much about it is hidden from the fans. Raphael grew up in Restinga, where he shared a single room with his family. And at one point, Belloli and his family begged for food, but now it all seems like a bad nightmare. 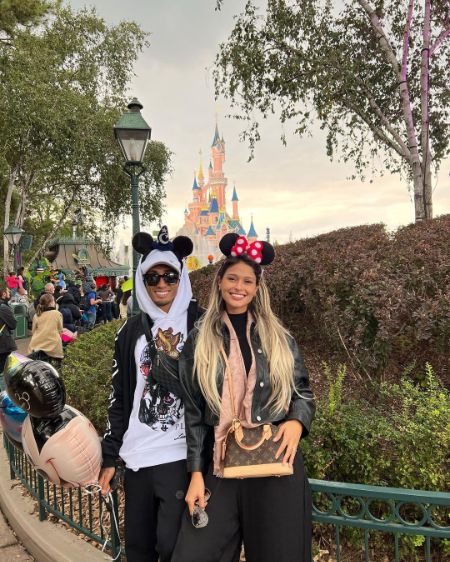 But fortune favors the bold, and with much dedication, Raphinha became one of the top players in Brazil. With much of his time going into training, his love life was the least of his priority. And so, Belloli's past relationships remain a kept secret.

Not even a slight clue about Raphael's ex-girlfriends can be found on the internet. Likewise, the Brazilian footballer prefers to keep his past love affairs to himself and his close friends. And respecting him, Raphinha's loved ones keep a tight seal on the subject.

Like her husband, Raphinha, Natalia Rodrigues Belloli likes her family info away from the public. Much about her early life stays hidden from the world. Similarly, the WAG of Raphael gained a vast online following. Yet, Rodrigues refrains from sharing about her family on the internet. 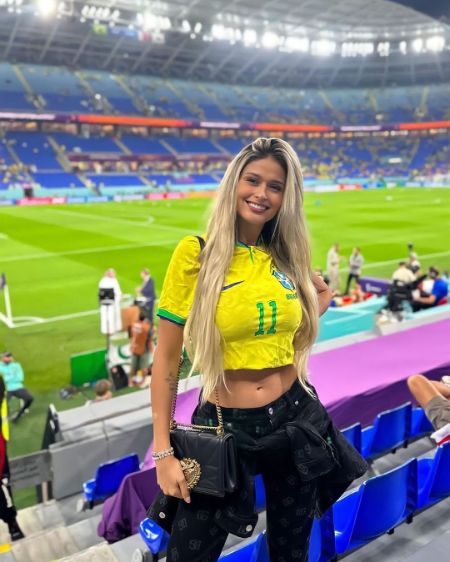 Natalia keeps the names of her family out of the internet. However, on social media, the athlete's wife shared about her sibling in the early days. As we mentioned earlier, Raphinha's wife is very good with children. And with the care she provides to kids, fans can see Natalia will be a great mom to her kids.

And seeing the gap in her posts over the years, Rodrigues was in a relationship before Raphael. And after she and her ex-boyfriends broke up, she cleansed away the pictures of her past lovers from Instagram. After she removed everything about her ex-lovers, the identity and info of her ex-boyfriends stay hidden from the world.