Ramona Shelburne is an American anchor as well as a sportswriter. She is currently working as an NBA Insider and sportswriter for ESPN. Shelburne previously worked for Los Angeles Daily News as a reporter and columnist. She has appeared in the shows of ESPN such as The Jump, Around the Horn, Pardon the Interruption, Outside the lines.

Shelburne has won several awards from Pro Basketball Writers Association. Shelburne is married to Nevin Barich who is her former Los Angeles Daily News co-worker. As of 2020, Ramona Shelburne has an estimated net worth of $4 million.

Ramona Shelburne Net worth and Salary In 2020

Ramona Shelburne has an estimated net worth of $4 million. From her career as an anchor and sportswriter, Shelburne earns a tremendous amount of money. She previously worked for the Los Angeles Daily News from 2002-2009.

Currently, Shelburne works as an NBA insider and sportswriter for ESPN. A sportswriter earns an average annual salary of around $52,099 and a reporter of ESPN earns approximately $85,000 per annum. So, Shelburne might also earn a salary in the same range.

Ramona Shelburne aged 40, is a married woman. Shelburne is married to Nevin Barich who is her former Los Angeles Daily News co-worker. Shelburne and her spouse Nevin tied the knot in 2009. From their relationship, the duo is blessed with a child.

In June 2018, Shelburne announced that the pair are expecting their first child. Later, on 2nd October 2018, Shelburne gave birth to their son Daniel Charlie Barich. Since their wedding, the husband and wife are together and are living a blissful life. 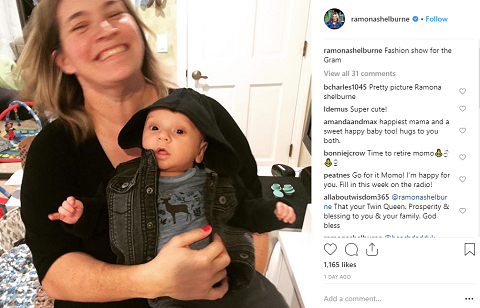 So far, they haven't been the part of controversy regarding their divorce and extramarital affairs. Shelburne is successfully maintaining her profession as well as family. She frequently shares photos of her husband and son on Instagram and Twitter.

Ramona Shelburne was born on 19th July 1979, in Los Angeles, California, United States. Her parents are father James Shelburne and mother Jeanette Shelburne. Her mother was a teacher and professional screenwriter mostly for animated children's television shows and was also a member of Writers Guild of America. 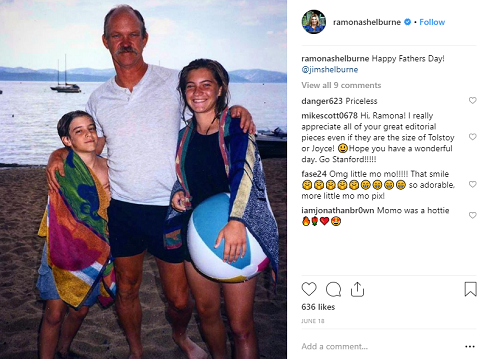 Shelburne attended the El Camino Real High School in Woodland Hills and graduated in 1997. Moreover, she also attended Stanford University and received her bachelor's degree in American Studies and a master’s degree in Communication.

Ramona Shelburne began her reporting and anchoring career since her university days. From 1998 to 2001, she was a three-time Academic All-American athlete in softball. Shelburne participated in both the NCAA tournament in the 1998 season as well as the Women's College World Series in 2001 season.

Moreover, alongside ESPN baseball analyst Jessica Mendoza, Shelburne was also softball teammates at her university. Before joining ESPN, Shelburne worked for Los Angeles Daily News. She worked as a reporter and columnist for nine years from 2002-2009.

Shelburne made her radio debut through a national radio show called Beadle & Shelburne on 14th February 2016. She co-hosts the show along with ESPN SportsNation host Michelle Beadle. Currently, Shelburne works as an NBA Insider and sportswriter for ESPN. She has appeared in shows such as Outside the lines, NBA Tonight, NBA Coast to Coast and others.