Rahmanullah Gurbaz is a professional cricket player who is representing Afghanistan in international tournaments. He is a right-handed player whose main role is a Wicketkeeper batter. He is the first Afghan batsman and 16th overall to score a century on his debut in an ODI. It was against Ireland on 21 January of 2021. He recorded 127 runs in that match

The Afghani batter made his debut for Afghanistan on January 27, 2017, against Zimbabwe. He is the second player to have the most runs in a debut match and 6th youngest player t score a hundred when he was just 19 years and 54 days. In a T20, he is the 11th player to have to most runs in an innings by a wicketkeeper.

Who is Rahmanullah? Personal Information and Early Career

Rahmanullah Gurbaz was born on November 28, 2001, in Afghanistan under the birth sign Sagittarius. Information regarding his father's and mother's names is still under review. And the player has never talked about his parents and siblings in any media.

But he once posted a picture of himself with his dad. 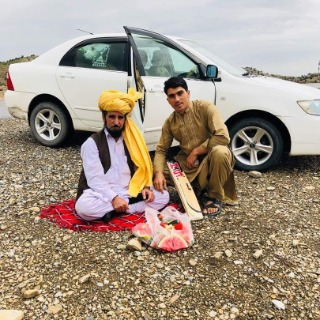 What is R Gurbaz's Net worth? His salary and contract

R. Gurbaz has an estimated net worth of less than $30,000 approximately. It includes all his properties, assets, houses, and cars. 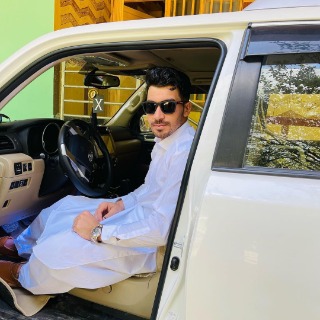 But according to a source, Afghani players are paid between $400 and $700 per month. The highest earners like Captain and senior players can earn up to $100,000 per year which is about 70 lakh in India.

Though the amount is very low compared to other countries, it is a good amount compared to a previous time. Afghani cricket is growing rapidly and salary too.

Till now he has not been able to land any serious sponsorship deals but the future of young Afghani cricketer is promising.

Who is Rahman Gurbaaz dating?

There is no information reported regarding Gurbaz's relationship status as he has never shared photos with any lovers. He likes to keep his private life behind the camera and out of media reach. 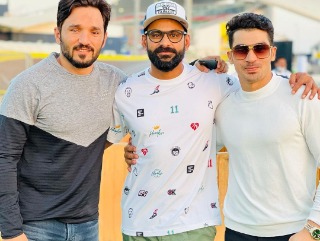 Till now, he has never mentioned his girlfriend in public and on social media too So, he is quite secretive about his relationship status.

But who knows he might surprise all his fans with his secret lover. Until now, we have to have the patience to know about his love life.