Rahkeem Cornwall is a professional cricket player who plays for the West Indies in international tournaments. He is a right-handed player whose main role for the team is an allrounder. His bowling style is Right-arm off-break and has previously played for Antigua Hawksbills and the Leeward Islands Cricket Team in the CPL. He currently plays for St Lucia Zouks in the Caribbean Premier League

Cornwall made his debut in first-class cricket when he was just 20 years old. In his first international tournament in 2017, he recorded a score of 252 runs at an average of 50 and a strike rate of 120. For his performance, he was named as "Special talent" by Courtney Browne who was chairman at that time. In 2016, he took out India's finest cricketers like Virat Kohli, Ajinkya Rahane and Cheteshwar Pujara in the same innings.

Who is Rahkeem? His bio and Family

Rahkeem Rashawn Shane Cornwall was born on February 1, 1993, in Antigua, Antigua and Barbuda, under the birth sign Aquarius. Information regarding his father and mother's names is still unknown as the player himself has never talked about them in the public. But he was interested in cricket from his early childhood. 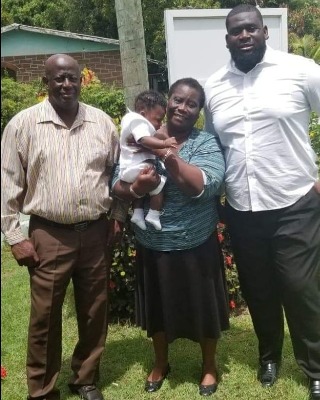 The West Indies all-rounder was inspired by his maternal uncle to play cricket. His maternal uncle's name is Wilden Cornwall who was also a professional cricketer and previously represented Antigua and Barbuda in the Commonwealth Games in 1998.

One of the fattest cricketers may appear bulky and oversized that could drift people from his capacity as a cricketer.

What is Cornwall's Net worth? His salary and contract

The Antiguan-based West Indian cricketer has an estimated net worth of $300,000. His major source of income is from playing cricket for West Indies. But his exact monetary value is still not revealed by him and any other trusted sources. Rahkeem Cornwall took a selfie in front of a car SOURCE: [email protected]

According to a source, West Indies players earn between the range of $80,000 and $300,000. He earns roughly $100,000 per year from his national team. He also gets additional money by playing in different competitions like ODI, Test. But the top player like Jason Holder can earn up to $300,000.

According to his Insta, he is sponsored by SM Sports which is a manufacturer of cricket items including bats, balls, bags, shoes, etc.

Rahkeem Cornwall is currently living a happily married life with his wife, Mrs. Cornwall. Her original name is still not known, but it is sure that the couple has been together for more than 4 years. 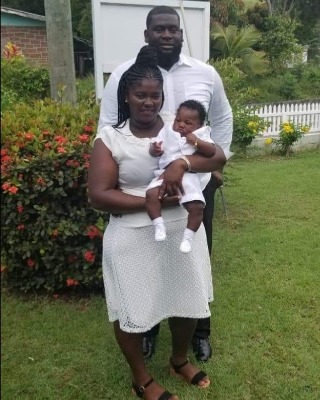 Rahkeem Cornwall with his wife and son SOURCE: [email protected]

Read about:- Who is Cottrell's girlfriend? Is he dating in 2021?

Currently, they are living together in their hometown along with their son. His son's name is Cornwall Jr. and he frequently posts pictures of his son on his Instagram.