Rachel Banham is an American professional basketball player of Women's National Basketball Association (WNBA). She is currently playing as a point guard for Connecticut Sun. She is playing WNBA leagues for the same team since her WNBA debut in 2016. In the 2016 WNBA Draft, she was drafted with the fourth pick by the Connecticut Sun.

Rachel Banham has a total estimated net worth of around $200,000 in 2019. Further, she is reportedly receiving a salary of around $64,538 annually from Connecticut Sun.

Rachel Banham is believed to be unmarried to date. She has not revealed much about her personal life and relationship to the public. However, in a Twitter post shared in 2014, she has mentioned her boyfriend claiming that she loves him.

Omg I love my boyfriend @AndreHollins

Her rumored boyfriend Andre is also a basketball player and played high school Basketball for White Station High School. He also has played in countries like Hungary, Belgium, etc. 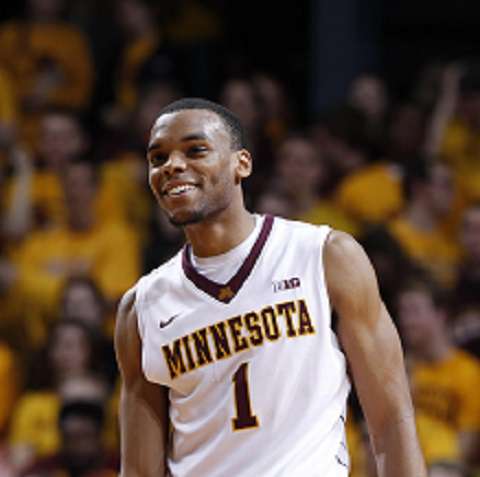 In addition to this, she loves to travel to different places and also she loves to hang out with friends and family. She also has a pet dog named Kobe.

How much are Rachel Banham Net Worth and Salary in 2019?

As per sources, she is receiving a sum of money around $64,538 from the team as her annual salary of 2019. Further her net worth is estimated around to be $200,000 in 2019. Rachel Banham is currently playing for Connecticut Sun of WNBA.

Rachel has made a decent amount of money from her professional career and she is reported to earn a total income of around $0.12 million as in 2019 and her income graph is gradually increasing.

As she is an energetic and active WNBA player, she is predicted to earn good amount in upcoming games. In addition, she hasn't reported any endorsement deals and sponsorships so far.

Rachel Banham was born to the parents, Don Banham and Mel Banham on July 15, 1993, in Lakeville, Minnesota, United States. Rachel is American by nationality and belongs to the White ethnic group. Further, her star sign is Cancer.

Rachel attended Lakeville North in Lakeville, Minnesota. After high school, she continued her education and basketball career at the University of Minnesota. She played for the women's basketball team in the university.

Rachel Banham started playing basketball when she was in the eighth standard. She then played for the women's basketball team in the University of Minnesota. Rachel started her WNBA career officially when she was drafted in the fourth pick by the Connecticut Suns, In the 2016 WNBA Draft on April 14, 2016.

Banham is currently playing with the Connecticut Sun since after her WNBA draft and is currently teammate to some of the reputed players in the WNBA including Alyssa Thomas.