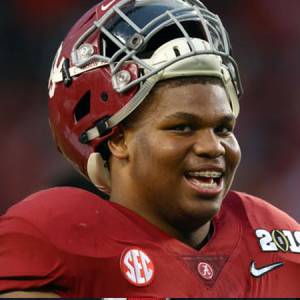 Quinnen Williams is an American professional football player who is yet to be drafted in the National Football League (NFL). As of 2018, Quinnen Williams currently plays for the Alabama Crimson Tide as their defensive tackle. Quinnen Williams has appeared in the tournaments like 2018 Sugar Bowl, Orange Bowl, 2018 National Championship Game.

Football players who are fortunate enough to be drawn up and play in the NFL can certainly earn a good income. The average salaries in most positions can exceed $500,000. As Quinnen is a top college prospect, he is projected to earn approximately $750,000 a year as a salary.

Quinnen Williams was born on December 21, 1997, in Birmingham, Alabama. As per his nationality, he is American and belongs to Mixed ethnic group. Further, his star sign is Sagittarius.

Williams' mother died in 2010 since she was suffering from breast cancer.

Quinnen Williams joined Wenonah High School located in Birmingham, Alabama where he played for his high school football team. In the beginning, Quinnen committed to play for the Auburn University but later he selected the University of Alabama.

Quinnen Williams' Salary and Net Worth

Quinnen is a young prospect and is yet to be drafted in the National Football League. Football players who are fortunate enough to be drawn up and play in the NFL can certainly earn a good income. The average salary in most positions may be up to $500,000. Looking at the NFL payroll system and being projected as one of the top picks, Quinnen Williams is predicted to earn about $750,000 as his annual salary in 2019.

It can be said that Quinnen is not married after taking a look at his social account activities. Furthermore, no information is available about his probable girlfriend. He has kept his personal life low and hasn't given a single hint about his relationship in the media. So far there are no rumors regarding his affair.

Quinnen is at the beginning of his career so he might be focused on his career rather than involving in love affairs.

The Famous football player star is 6 feet 4 inch in height and weighs around 134 kg. Quinnen Williams is not only a world-class athlete but also has a very attractive individual.

Williams played in all 14 games after his first year in Alabama in 2016, recording 20 tackles and two sacks. He had two victories over Georgia in the 2018 College Football Playoff National Championship. 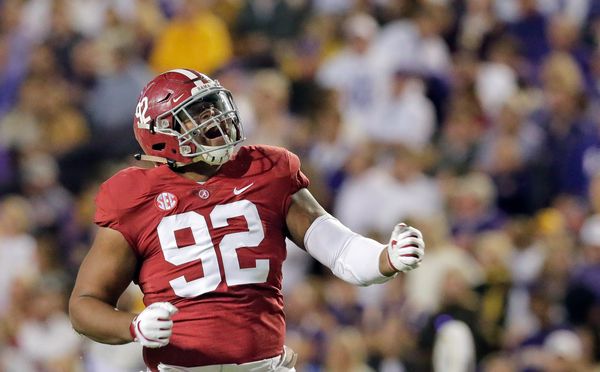 Quinnen announced on 11 January 2018 that he would forgo his remaining two years of eligibility and join the 2019 NFL Draft.