Quentin Grimes is an American college basketball player for the Houston Cougars of the American Athletic Conference (AAC). Grimes is also a former player of the Kansas Jayhawks.

Grimes was born on May 8, 2000, in Houston, Texas to Tonja Stelly and Marshall Grimes. His older maternal half-brother, Tyler Myers, is a professional ice hockey player for the Vancouver Canucks of the NHL. He stands 6 feet 5 inches tall and weighs 205 lb.

Grimes graduated from The Woodlands College Park High School in 2018. While a senior in high school, Grimes averaged 29.5 points, 8.6 rebounds, 4.9 assists, 1.8 steals, and 1.5 blocks per game. He also led the College Park Cavaliers to a 21-13 overall record. 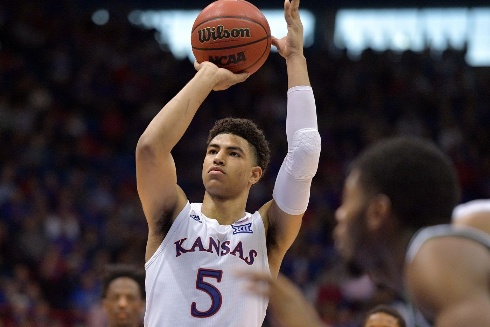 Grimes' high school record consists of 2,863 points, 854 rebounds, 582 assists, 213 steals, and 127 blocks in total. His notable accolades include the All-Greater Houston Player of the Year, the Gatorade State Player of the Year, and the McDonald's All-American. In ESPN's first 2019 mock draft, he was projected as the sixth overall pick. Grimes scored 21 points and six 3-pointers against Michigan State in his first collegiate game.

At Kansas, as a freshman, Grimes averaged 8.4 points, 2.5 rebounds, and 2.0 assists per game. On November 19, 2019, with Houston, Grimes scored a career-high 32 points to help beat Rice 97-89. He pulled 21 points and scored six rebounds against Texas State on December 4. Grimes scored 24 points and four rebounds in a road victory at South Carolina on December 8. On December 9, he was named American Athletic Conference player of the week. As a sophomore, Grimes bagged an average of 12.1 points, 2.6 assists, and 3.7 rebounds per game. In June 2018, Grimes won gold and MVP with the USA at the 2018 FIBA Americas U18 Championship for Men.

Quentin Grimes' Net worth and Salary

A somewhat of a rookie yet a promising one, Grimes is still early to start making fortunes and net worth of his own. And it's not easy to assess the earnings of a college player for so many reasons. The debate over whether college athletes should be paid more like professional players continues to rage. Not to mention, NCAA has been barring college players from being directly compensated by their schools in an attempt to preserve amateurism rules. 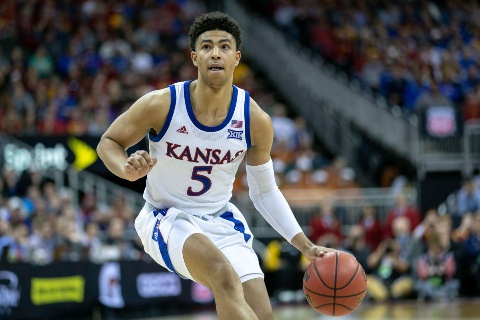 But sources hardly deny the fact that collegiate players do not have avenues for making money. There's a good chance that Grimes gets healthy free college tuition, stipends, and some perks while having the platform to showcase his skills for his team. CNBC reports that college players bring in more than $14billion in annual revenue for their respective sports programs, and only a fraction of that money goes to the players. And players like Grimes could hardly be an exception in this.

You May Also Like: Cleveland Cavaliers into NBA finals: LeBron James leads the Cavaliers to 4th straight NBA final

Studies have also found that every starting player on a basketball team for schools in the five biggest collegiate athletic conferences (the ACC, the Big 10, the Big 12, the PAC-12, and the SEC) would bring in between $800,000 and $1.2million per season. Though this depends on the players' school and the percentage of revenue that was shared with each athlete.

Nonetheless, if amateur players at colleges in those five biggest conferences were able to negotiate a collective bargain agreement that included 50% of their teams' revenues, the average salary for the college players would be around $500,000, finds the NBER study. And AAC players like Grimes couldn't be far away from those monetary pools.

Grimes doesn't seem to have a girlfriend nor he appears to be in some kind of serious relationship. The Texan is yet to be seen with a partner. His Instagram's all about dunks and jumps. The young athlete seems pretty determined in the game. Besides the pictures from the court, he can also be seen hanging around galleries, and surfing.