Queen Kamsiyochukwu Egbo, mainly known as Queen Egbo, is a rising professional basketball player from America who serves as a center for the Indiana Fever. Egbo is the 2022 WNBA drafted player. The Indiana Fever drafted her in the first round. Further, she played her college career at Baylor from 2018 to 2022.

2019 FIBA Under 19 World Cup gold medalist Queen Egbo was born in Houston, Texas, USA, on June 29, 2000. The American international is just 22 years old, and her star sign is Cancer. Regarding her height, she is 6 feet 3 inches tall and weighs 86 kg.

How Much Does Egbo Earn Playing For Indiana Fever? Paychecks And Bank Balance

Queen Egbo, the Houston native 22, comes under the youngest WNBA youngest player in the meantime. She just got into WNBA the current year, so she has not made that much of a banknote-playing professional career. When she sealed a deal with the Fever, she signed a contract and agreed on an annual pay of $67,634. Notably, she plays in the world's highest basketball league, so if Queen delivers the best stats, she will net a million playing in the WBNA. 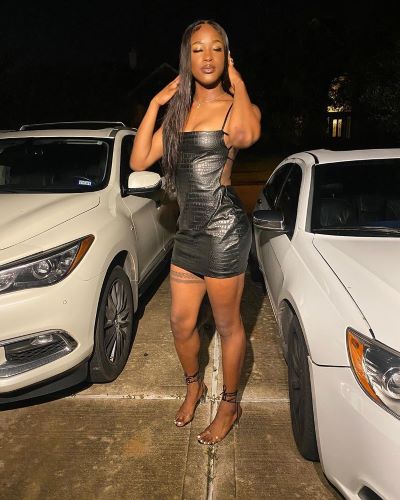 Not to mention, with an annual salary of $135,000, Allies Quigley is the second highest-paid player in the WNBA. Apart from the basketball career, the professional also welcome fortunes working with brand and companies. Therefore, as of 2022, her net worth is believed to be $500,000.

Queen Egbo is reportedly a very introverted person coming to her love life. Due to her nature, her dating life stays suspenseful. So far, there is no rumor or buzz about her love life. Thus, she might be single. Moreover, the 2022-23 WNBA season is her debut season, so she is focused and looking forward to her game. We assume express that Egbo is not dating anyone.

2019 NCAA Champion Egbo has had a keen interest in basketball since childhood. More, the athlete played basketball during her high school and college days. Playing her college career for Baylor, Queen got drafted into the WNBA the same year of her graduation. Reportedly, on April 11, 2022, she got drafted by the Indiana Fever in the first round. 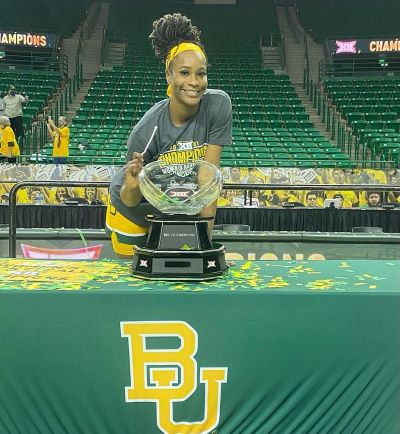 Similarly, Egb also represented the United States Amateur Basketball team in multiple tournaments. Her first appearance for her national came in 2018 when she was called for its U18 basketball team.

2022 WNBA drafted Queen Egbo, daughter of American parents Amaechi and Amazilo. Her family is from an African-American background. They truly value the Christianity culture and tradition. Besides their names, there is nothing much on their profession. Not to mention, Queen seems to be the only child of her parents.