Przemyslaw Placheta is a professional football player from Poland who is playing as a left winger for the EFL Championship club Birmingham City. He came to Birmingham City on loan from divisional rivals Norwich City.

Besides, the 5 feet 10 inches football player wears jersey number 17 on his team. While playing for Norwich City, he has given his best on the field and also played a major role in helping the team to win EFL Championship: 2020-21. Also, Placheta plays for the national football team of Poland.

Placheta is a married man, and he tied the knot with his girlfriend turned wife, Aleksandra Placheta. On October 11, 2019, the footballer posted some images with his wife on Instagram, where he said that they had been together for three years. 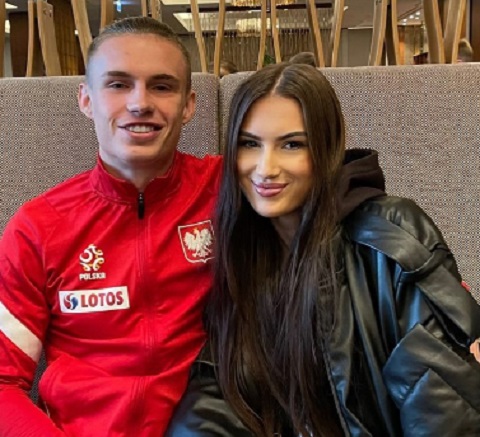 Przemyslaw Placheta is married to his wife SOURCE: Instagram @p.placheta

So, from the post, we can say that they began dating in 2016. After dating for more than five years, the Placheta pair thought of turning their relationship and changing it into the connection of a husband and a wife.

On May 28, 2022, Placheta and his wife walked down the wedding aisle in the presence of their family and their close ones. Meanwhile, Aleksandra is active on Instagram as @aleksandra.placheta, and she is a law student.

Placheta makes a massive amount of money from being a professional footballer and is currently playing for Birmingham City. A footballer playing in EFL Championship earns around £35,000 per week.

Playing football for over a decade, Placheta has been a part of numerous teams, and all with them, he had a huge deal. Due to his performances, Placheta has also taken home a good profit. As of now, his market value is € 2.50m. 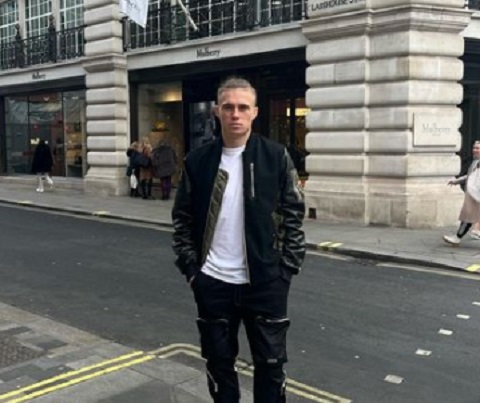 So, Placheta's net worth is also impressive, and it is around $1 million to $5 million. Placheta's bank balance also gets increases as he makes money from brand endorsements. Currently, he is associated with Nike.

In his youth career, Placheta played with different teams starting with Pelikan Lowicz. After that, he also played with LKS Lodz, UKS SMS Lodz, Polonia Warsaw, and RB Leipzig. Furthermore, his senior football career started with Sonnenhof GroBaspach, with whom he played in just two games. Przemyslaw Placheta with his team after winning a game SOURCE: Instagram @p.placheta

In July 2020, Placheta signed a deal with English club Norwich City. In July 2022, he moved to EFL Championship club Birmingham City on loan. Apart from that, his debut for the senior football team Poland came in November 2020 while playing against Ukraine.

Born on March 23, 1998, Przemyslaw Placheta grew up in Lowicz, Poland. So, Placheta holds Polish nationality, and he peaks at the height of 5 feet 10 inches which is 1.78 m.

Placheta is a very private guy when it comes to the topic of his family life. So, his parents' information remains away from the public domain.