Was ranked sixth highest-earning YouTuber in 2019, how much is Preston Arsement's Net Worth In 2021? Is He Married?

As of 2021, Preston has an estimated net worth of $20 million. The major source of his earning is YouTube.

In 2019, Forbes ranked him the sixth highest-earning YouTuber with $14 million in estimated earnings, driven primarily through the Minecraft servers he runs.

In 2010, Preston created his first Youtube channel ‘TBNRFrags’. There, he mostly reveals his incredible ‘Call of Duty’ and ‘Black Ops’ skills to his audience. In less than a few years into the channel, he earned over 1.5 million subscribers.

In 2012, he shifted gears from ‘Call of Duty to other games like ‘Castle Crashers’ and ‘Far Cry.’ Further, he started a new dedicated channel called ‘PrestonPlayz’. Originally, it was for those new games, Preston eventually drifted towards ‘Minecraft’ and now this channel has been in the spotlight for his classic commentaries and prowess at the game.

As of now, he has four-channel.

Texas native, Preston Blaine Aresment was born in Texas on 4 May 1994, under the star sign Taurus. His parents divorced when he was three and after his mother remarried, she lived with his mother, step-father, as well as his siblings and half-siblings.

Preston has 4 brothers and a sister -David, Daka, Caleb, Joshua, and Keeley. At the age of 11, Preston grew fond of paintball and dreamed of playing the sport professionally. He even uploaded a vlog of him and his family playing paintball when he hit his first 50,000 subscribers on ‘YouTube’.

Married To Brianna Paige: Do They Have Children

“When I first met him, I didn't know that YouTube was a career,” said Preston's wife, Brianna Paige. Well, the two met for the first time through a blind date which was set by Preston's nephew and also was Brianna's collegue. By the end of the night, Brianna says she knew he was the one. From there, she transitioned from a nursing career to gaming. 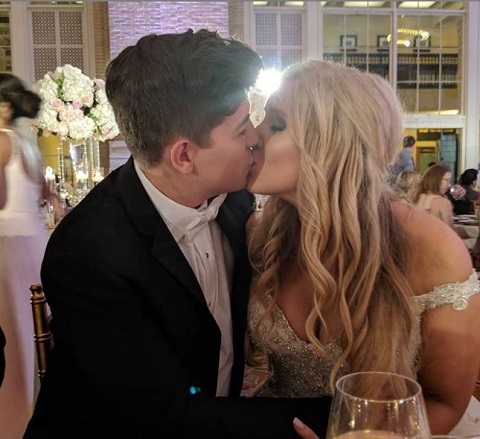 She worked in the emergency room at UT Southwestern in Dallas for three years from 2015 to 2018. Now Paige has a youtube channel is called ‘Turnthepaige’

The couple tied the knot n May of 2018. To date, there is no news regarding