Polyana Viana is a Brazilian Female Mixed Martial Artist who currently competes in the Ultimate Fighting Championship's Strawweight division. She is affiliated with TATA Fight Team. She has been fighting professionally since 2013 but made her debut in the UFC on 3 February 2018 against Maia Stevenson.

Viana was born on 14 June 1992 under the star sign Gemini. She is also known as Dama de Ferro (the lady of steel). She is the native of São Geraldo do Araguaia, State of Pará, Brazil. She came from a poor family in Brazil where her mother owned a bar.

Polyana Viana: How much does the Beautiful Polyana Earns per Fight?

The 5' 7'' tall has earned her fair share of net worth fighting in the octagon. She has fought 14 matches since turning professional and has won 10 of them. Viana is signed to UFC since 2018 and has fought 4 fights. She has earned around $63,000 from UFC and also made some earnings earlier fighting for various other promotions.

The Brazilian fighter has a net worth of $50,000 which might be less compared to others but she is still in her mid-career and will continue to flourish even further. 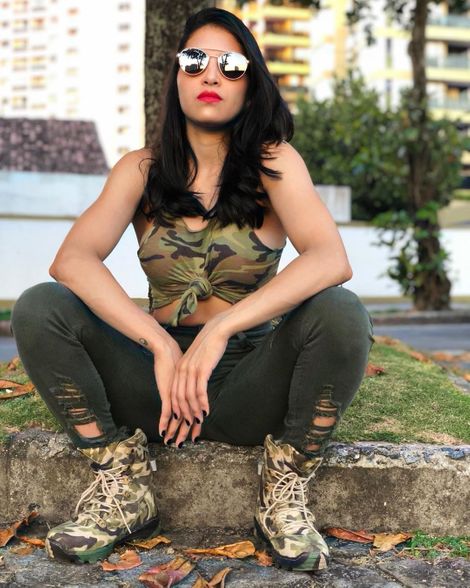 Viana as a professional fighter also receives sponsorship deals and endorsement deals from various companies that add value to her net worth. currently, She has been endorsed by Farmacia Viderma, ACERO BOTAS EUROPA, Esthetic Aligner.

Although she might have a low income, she still enjoys every part of her life and is living a happy life. She is very down-to-earth.

Mother of a beautiful son

The 27-years-old is the mother of young Deivid Viana, according to the reports from Heavy. The information regarding the detail of her relationship is still kept secret and will be updated soon. Currently, she is focusing on her career and is single right now. According to MMA Junkie, her son was a major factor of training in Rio de Janeiro. 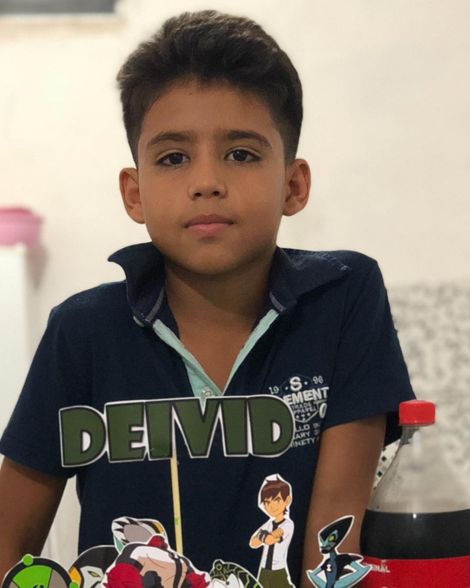 After reaching out to Alex Davis, he waned Viana to train in the United States but refused to move because of Deivid. Thus sending her to train under TATA Duarte in Rio.

She also told MMA Fighting that “Since I started fighting, I’ve only been with him for one of his birthdays. I stayed away from him for a long time.” while fighting in the UFC. Her son lives with her grandmother.

UFC star Polyana Viana sent a man to the hospital with facial injuries when he approached her and tried to mug her. The UFC strawweight fighter was outside of her apartment in Jacarepagua, a neighborhood in the West Zone of Rio de Janeiro, waiting for the uber while the man armed with a fake gun, attempted to steal her phone.

Talking about the incident, Viana said:

"When he saw I saw him, he sat next to me. He asked me the time, I said it, and I saw he wasn’t going to leave. So I already moved to put my cell phone in my waist. And then he said, ‘Give me the phone. Don’t try to react, because I’m armed.’ Then he put his hand over (a gun), but I realized it was too soft. He was really close to me. So I thought, ‘If it’s a gun, he won’t have time to draw it.’ So I stood up. I threw two punches and a kick. He fell, then I caught him in a rear-naked choke. Then I sat him down in the same place we were before and said, ‘Now we’ll wait for the police.’”

Polyana was criticized alot with some arguing that the incident was not an example of what to do in such a scenario.

The 52 Kg started her professional career in 2013 against Silvana Pinto. In her entire career outside UFC, she has only lost to Aline Sattelmayer.

The 115 lb fighter is facing Emily Whitmire as her next opponent in UFC 248 at the T-mobile Arena, Las Vegas, Nevada, the United States on 7 March 2020. Some of her wins are against opponents such as Maia Kakaunaele-Stevenson, Pamela Rosa, Debora Dias Nascimento, Amanda Ribas and many more.