Philippe Myers is a Canadian Professional Ice-hockey player who currently plays for the Philadelphia Flyers of the National Hockey League (NHL). Additionally, he was projected to be a first-round pick in the 2016 NHL Entry Draft, if the Flyers had not signed him. Moreover, he is also a member of the Canadian national team which won the silver medal in the 2019 IIHF Ice Hockey World Championship.

Phillippe, who has been playing hockey since his early childhood is reported to have an estimated net worth over $500,000. Also, he has summoned up $892,225 as his career earnings.

Besides, he is reported to be in a romantic relationship with his girlfriend, Sophie Lequang.

Philippe Myers Earnings; How much is his Ne Worth?

As per the 2019 reports, Philippe has an estimated net worth over $500,000, which is entirely generated from his professional career. Further, he has collected $892,225 as entire career earnings. Additionally, he earns $636,667 as an annual average salary from his current team, Philadelphia Flyers.

Furthermore, the information about his assets and endorsement earnings are not in the media yet. Likewise, his lifestyle indeed suggests that he has a good paycheque with which he has managed to collect a hefty net worth. Also, he often goes for a vacation in an extravagant style, which suggests that he has collected a considerable fortune from his professional career.

Is Philippe Myers in a Relationship? Know about his Personal Life

Philippe is still young and unmarried; however, he is in a romantic relationship with his rumored girlfriend, Sophie Lequang. The couple reportedly is high school sweethearts. As of now, we cannot confidently claim about his relationship status until he decides to speak up in the media. 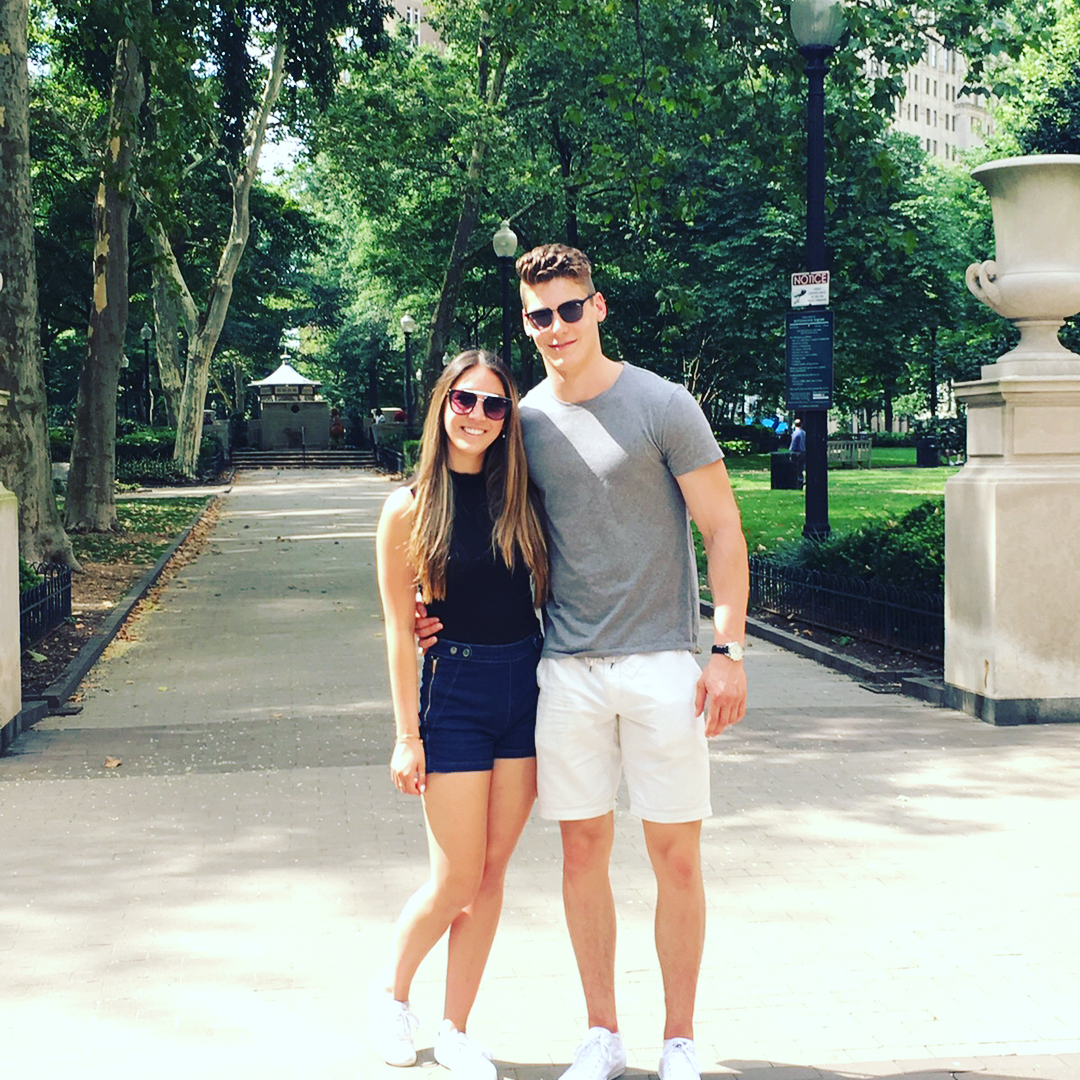 Moreover, Philippe is actively involved in social media with an enormous number of followers. The reason for updating his profile regularly might be that he wants a built a strong relationship with his fans and followers.

Philippe was born on January 25, 1997, in Moncton, New Brunswick, Canada. Apart from the pictures, the details about his father and mother are not in the media yet. Additionally, Philippe is a Canadain by nationality and belongs to the white ethnic group. Similarly, Myers was born under the star sign Aquarius. Philippe Myers with his mother and father SOURCE: CBC.ca

Talking about his junior career, he played at the Quebec Major Junior Hockey League (QMJHL). Besides, he also made his appearance in the 2017 IIHF World Junior Championship, representing the team Canada and winning the silver medal.

As of 2019, Philippe plays for Philadelphia Flyers of the National Hockey League (NHL). Likewise, he has represented Canda internationally in both senior and junior level.

He was a part of the Canadian team that won the silver medal in the 2019 IIHF Ice Hockey World Championship and the 2017 IIHF World Junior Championship. As of now,  he is playing along with his James Van Riemsdyk, Brian Elliott and many more.