Philip Walter Foden, a.k.a. Phil Foden, is a professional footballer who is named The youngest football player to win the Premier League by the Guinness World Records. Further, Manchester City's midfielder caught the media attention after he won the FIFA U-17 World Cup Golden Ball award following England's successful U-17 World Cup campaign.

A native of Stockport, England, Foden was born on May 28, 2000, under the star sign Scorpio. The five feet seven inches tall holds an English nationality. Further, the professional footballer shares two kids with his long-time girlfriend, Rebecca Cooke.

Well, Foden has an estimated net worth of $3 million, mostly earned through his football career. When he signed a deal with Manchester City on July 1, 2017, Foden received a massive deal. According to Salary Sport, Foden earns £120,000 per week and £6,240,000 per year while playing for Manchester City. 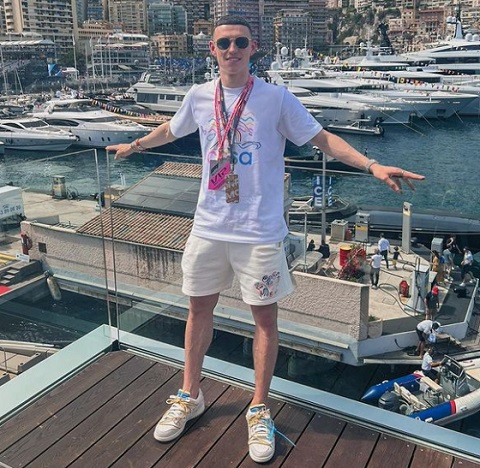 Premier League Footballer and his long-time girlfriend Rebecca Cooke are doing good in their life. As Foden does not talk much about his personal life in the media, we are unable to say when the duo began dating. 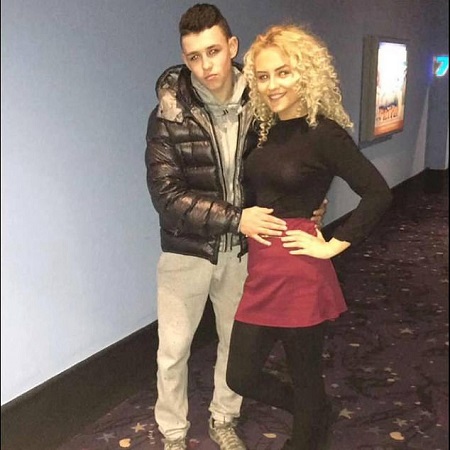 Besides, the lovebirds made headlines on the internet in January 2019 when they gave birth to their first child, a son named Ronnie. In April 2021, Foden and Cooke announced they were expecting their second child. Later, the pair welcomed a daughter. And now, the family of four lives happily.

At the tender age of eight, Foden joined manchester City and signed his Academy scholarship in July 2016.
On November 21, 2017, he made his senior debut for the club in a championship league game against Feyenoord, coming in the 75th minute for Yaya Toure.

Further, his premier league debut came on December 16, 2017, when he appeared as a substitute in a 4-1 victory over Tottenham Hotspur.

On April 20, 2019, he scored his first Premier League goal in a 1–0 victory over Tottenham Hotspur. Upon doing so, he became the third-youngest player to score for the club in the Premier League, after Micah Richards and Sturridge. Also, an international player, he has represented the England national team at U16, U17, U18, and U19. Furthermore, Foden also played for the senior team and made his senior team debut on September 5, 2020, while playing against Iceland.