The 2014 World No.1 female tennis player has also won the Grand Slam tournament 2 times in doubles. In 2013 and 2014, she won the tournament partnering Hsieh Su-Wei in both. But in 2017, In the Australian Open, she lost the title to Bethanie and Luci from the Czech Republic. Similarly, she has also won the Year-end Championships 1 time in 2013 in Istanbul.

Who is Peng Shuai? Bio and Early Life

Peng Shuai was born on January 8, 1986, in Xiangtan, Hunan, China. According to astrology, her zodiac sign is Capricorn. Her mother's name is Zhang Bing while her father's name is Peng Jijun who was a police officer.

The 2014 French Open winner was introduced to tennis by her uncle at just 8 years of age. Her uncle was the famous coach of tennis in China. 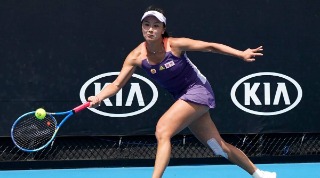 But when she was 13 years old, she suffered from a defect in her heart, which could have ended her career even before it started.

Who is Peng Shuai dating?

As of 2021, she is not currently dating anyone and has not been married yet. She is not in a relationship and is living a single life in Beijing, China.

However, there is a rumor that Peng Shuai was very close to former senior Chinese vice premier Zhang Gaoli. Although Gaoli was already married, the alleged couple used to spend time outside and. But later, she accused her alleged lover of sexual assault.

However, there is no reliable source to confirm the news.

Read also: Who is Azzi dating?

Recently, in November of 2021, she accused CCP (Chinese Communist Party)'s high-ranking member, Zhang Gaoli of sexual assault on her.

The 2 times Grand Slam winner wrote a message regarding her being pressurized into having an intimate relationship in her Weibo account. Not more than 20 minutes, the post was deleted but screenshots were already taken and were made public.

After the news, it was reported that Peng was made disappeared due to her allegations. People even suspected the Chinese government of doing so, but there's no info about her whereabouts. 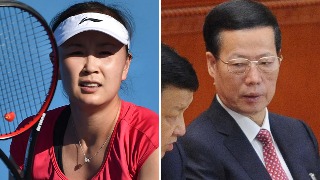 Following the event, WTA's CEO and chairman Steve Simon has warned that WTA will be pulled out of China. They must ensure her safety and investigate the event properly.

According to CNN, the Chinese female tennis player appeared in several videos In one clip, she was seen together with China Open Tournaments co-director. However, the international committees are concerned about her safety and those clips were manipulated.

Peng Shuai's Net worth and Earnings in 2021; How much does he Earn Annually?

According to the sources, the net worth of Peng Shuai is estimated to be $5 million approximately. This includes all of her assets, monetary values, properties, and earnings. She also earns from sponsorship deals with various brands but her major source of income is from playing tennis and prizes that come from winning those tournaments. 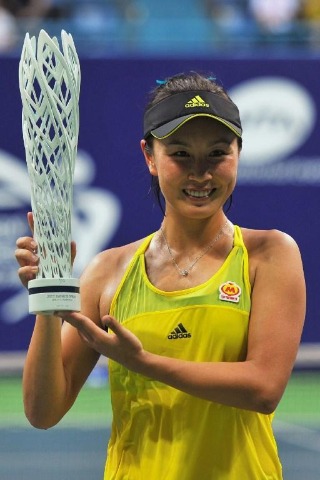 The 2013 WTA champ started earning at just 15 years old when she won her first tournament in 2001 which prize money was $10,000. Later in February 2002, she won another $10,000 tournament. Since then she has won numerous tournaments that would give her thousands of prizes money.

As per the trusted source, she has won a total of $9.6 million as prize money till now.