An American college basketball player Payton Pritchard plays for the University of Oregon Ducks' basketball team in the Pac-12 Conference. The Ducks' point guard was a finalist for the Naismith Trophy and also included in the second-team all-conference in the Pac-12 in 2018. The Pac-12 Player of the Year 2020, Payton was also honored with Lute Olson Award and Bob Cousy Award in 2020 and was even named to the First-team All-Pac-12 in 2020.

The Oregon point guard has declared his name for the NBA Draft 2020 and is projected to be picked in the second round. How much will he earn as an annual salary? Check out his bio to know everything about him.

Payton played for Oregon since 2016 and ended his college career in 2020. He led the Ducks to the Pac-12 regular-season title, was named the conference’s Player of the Year and was also awarded the Bob Cousy Point Guard of the Year Award this year. As one of the best prospects of his class, He is projected to be picked in the mid-second round of the draft.

If Pritchard gets picked in the second round, he will reportedly get a minimum-salary contract. His annual salary will be around $560,000. Moreover, he will play mostly in G-League and might get some time in the NBA.

Earlier, he played for Oregon where he had scholarships and all the facilities of accommodation and foods provided by the college as a basketball player.

Payton Pritchard, who is 22 years old, is currently dating his girlfriend Lucy Charter. He and his 22-year-old girlfriend both attended the University of Oregon where they probably first met. They are reportedly in a relationship for more than a year. 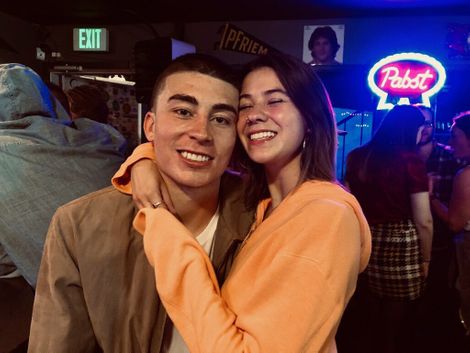 In December 2019, Payton wished his girlfriend on her birthday and wrote, "Happy birthday to my best friend, my ride or die, and the love of my life. I truly adore you and I’ll be by your side no matter what! You and I always girl...I love you Lucy #22".

The couple frequently expresses their love for each other on social media posting their photo.

Kevin Pritchard is a former basketball player and coach who currently serves as the president of basketball operations for the Indiana Pacers. Kevin, like Payton Pritchard, played as a point guard but these two basketball personalities are not related to each other.

After his high school, Payton also had an offer from Kansas where Kevin played as a point guard also became the NCAA champion in 1988.

The former Oregon point guard was born on January 28, 1998, and is 22 years old as of 2020. His farther is Terry Pritchard who played football as a tight end at Oklahoma. His father was recruited to play basketball. Payton's mother, Melissa Pritchard was a member of Oklahoma's gymnastics team and his aunt Lisa, played basketball at the University of Arizona. 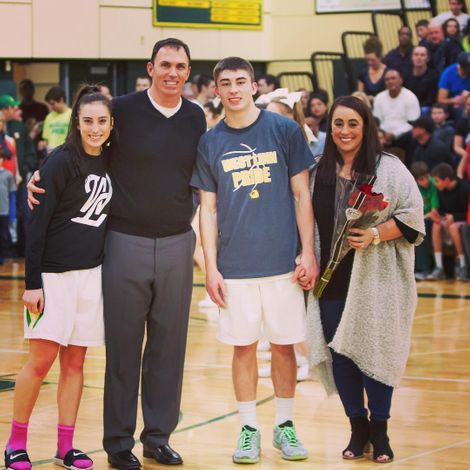 Payton also has a sibling sister named Lexiem Pritchard, who is a college basketball player at Santa Clara.

The NBA Draft 2020 prospect attended West Linn High School where he played basketball. He won four consecutive state titles with the high school team and was honored with the 2014 and 2015 Todd Pratt Player of the Year, Oregon Class 6A Player of the Year, and 2015 Gatorade Oregon Player of the Year. He also got the opportunity to play with several NBA stars like Ben Simmons, Jaylen Brown, and Jahlil Okafor at the Les Schwab Invitational throughout his high school career.

Payton then committed to join the University of Oregon Ducks. He was named MVP of the Pac-12 Tournament in his junior year and declared for the NBA Draft 2019. However, he withdrew and returned to join the senior season. He was one of the best players in college basketball and was also a consensus All-American selection. He also won the Bob Cousy Award as the nation's top point guard.