Denis Glushakov was born Denis Borisovich Glushakov on January 27, 1987, in Millerovo, Russian SFSR. He is the son of Boris Glushakov and his wife, Galina Dmitriyevna Glushakova. Much about his parents and his early life is under the radar. Denis stands five feet and eleven inches tall and weighs 72 kg. 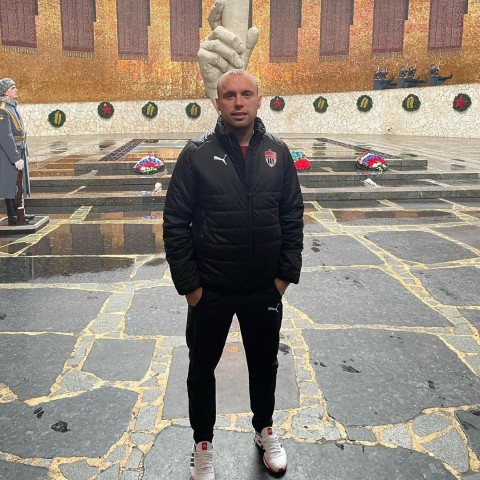 Denis shares a photo of his visit to Manayev SOURCE: [email protected]

Denis has been playing at the professional level for more than fifteen years. The player had an annual salary of more than $3 Million. Glushakov must have received a handsome amount for his national team appearance.

Glushakov, The football player, is very open about his relationship status. Denis exchanged his wedding vows with his girlfriend, Kovalenko Ksenia, in 2020. They had a private wedding ceremony with close friends and family members. The duo welcomed their first child, Mila Denisovn, in March 2021. Kovalenko is also a football player currently playing in the Russian football league. Denis shares a photo with his wife and children SOURCE: [email protected]

Denis has had a failed marriage life before his marriage to Ksenia. Glushakov was married to Darya Glushakova for more than ten years. They walked down their wedding aisle in 2009. The pair had two daughters. They eventually got divorced in February 2019 and moved on. Denis is living a happy married life along with his wife and children.

Glushakov started his early days with CSKA Moscow in 1998 with its youth team. He trained with the team for just a year and moved to Nika Moscow. In 2005, The player made his senior team debut with Nika Moscow. He appeared in thirteen games for the club and then moved to Lokomotiv Moscow and singed until 2013. Denis appeared in 142 games in the next seven-season and scored twenty goals.

Denis was loaned to SKA Rostov-on-Don for a season in 2006 and then to Zvezda Irkutsk in 2007. In 2013, The player eventually moved to Spartak Moscow and signed a long-term contract. He had an exceptional career with the club, appeared in 147 games, and scored twenty-two games. In 2019, Denis moved to Akhmat Grozny and appeared in twenty-four seasons.