Paul Heyman is an American entertainment producer, professional wrestling manager and commentator who is signed to WWE appearing on the SmackDown brand for the current WWE Universal Champion Roman Reigns as the on-screen "special counsel." Besides, he is also a executive producer, writer, performer, marketer, as well as promoter. Earlier, he owned the Extreme Championship Wrestling (ECW) promotion from 1993 until its closure in 2001.

Currently signed to WWE, Paul Heyman makes an annual salary of $2 million. He first signed the company in 2001, pulling $310,000 double duty as a manager and a writer for the company. With that yearly salary, Paul Heyman has been able to build his net worth $10 million as of 2020. That's a huge amount for someone who had to declare bankruptcy in 2000 at the end of the ECW days. 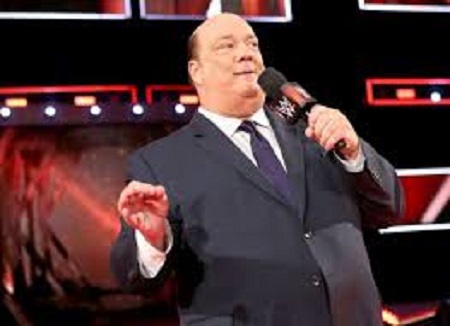 Besides, Heyman is the co-founder of the award-winning New York City firm The Looking4Larry Agency.

Paul Herman is previously married to Marla Heyman but the two have now divorced. Exactly the year in which they tied the knot is unknown.

Since his divorce, Herman is possibly single as there is no information available regarding his new relationship or girlfriend. Further, he is a single father raising his two children: son Jacob, born on May 28, 2004, and daughter Azalea was born on July 31, 2002.

Heyman was born to Sulamita (1928-2009) and Richard S. Heyman (1926–2013). His father was a prominent personal injury attorney and World War II veteran while his mother was a Holocaust survivor who suffered through experiences in Auschwitz, Bergen-Belsen, and the Łodz Ghetto.

He graduated from Edgemont High School. At the age of 19, he became a photographer, then a producer and promoter for the New York City nightclub Studio 54.

Paul Heyman started managing wrestlers in the late 80s, beginning out on the independent circuit in the Northeast and Florida. Then he moved to the Deep South. Intially, he managed for the Continental Wrestling Federation, and then for World Championship Wrestling throughout the 80s and 90s.