Paul DePodesta is an American Football and Baseball Executive. He is the Cheif Strategy Officer of the Cleveland Browns of the National Football League. DePodesta attended Episcopal High School and is a graduate of Havard University where he played college football.

DePodesta was born on 16 December 1972 under the star sign Sagittarius. He was born and raised in Alexandria, Virginia, United States.

The 47-years-old has earned his entire fortune from the game of sports. He has dedicated all his life to analysis and calculation of the players and using a sophisticated approach to scouting and analyzing players.

The Harvard graduate started his career at the Cleveland Indians where he served as the advance scout for two years and appointed as a special assistant before quitting. Then joining the Oakland Athletics, working as the assistant to general manager Billy Beane.

With an impressive talent, he then went on to become the general manager of the Los Angelos Dodgers at the age of 31 and becoming the fifth-youngest general manager after Jon Daniels, Theo Epstein, Andrew Friedman, and Randy Smith.

On 30 June 2006, he was hired as the Special Assistant for baseball operation for the San Diego Padres. Later becoming the Executive vice-president for the same.

Furthermore, he has also played the role of vice-president of player development and scouting for the New York Mets before becoming the Chief Strategy Officer for the Cleveland Browns with whom he has been working since 5 January 2016.

Besides sporting career, he is also the Director at the Sears Holding Company since December 2012. Having different careers at different places, he moves frequently and has sold his condominium in downtown San Diego for $1,199,900 in 2015.

According to different sources, he has an annual salary of $2 million in Cleveland Browns and has a estimated net worth of $10 million as of 2020. With all of his earnings from his profession, he is living a life of luxury with his family.

Paul DePodesta's wife; Who is he married to?

DePodesta is married to Karen Deicas who is an artist and Philanthropist. The couple tied the knot in 1996 together with friends and family. They have been together for 24 years and still going strong without any affairs or controversies. 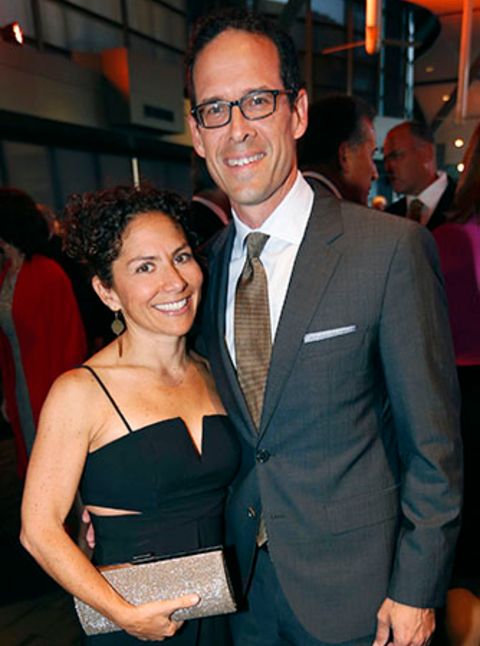 The couple is blessed with four children whose details haven't been revealed in any media. Although having four children, Karen has also launched the Sports Mind Institute, which seeks to connect lessons learned from figures in the arena of professional sports, athletes, team executives, and coaches, to help others apply them to life and the business sector.

Not technically DePodesta's but Michael Lewis, Moneyball is a book that portrayed Billy Beane and DePodesta, after being curious about how the Oakland Athletics set a 20 game winning streak in 2002 Major League Baseball.

The book focuses mainly on Bill James who coined the term Sabermetrics for the Society for American Baseball Research. After becoming one of the best selling books, Moneyball was selected to be produced as a movie which featured Brad Pitt and Demetri Martin.