Inaki Pena Sotorres is a rising Spanish professional football player. He is currently playing in the Turkish football League for Galatasaray. Inaki plays as a goalkeeper for his club and country. He was loaned to Galatasaray from FC Barcelona for the 2022 season.

Inaki Pena Sotorres was born on March 2, 1999, in Alicante, Spain. He rose to fame only through his successful career, so much about early in his early life and his parent's information is still under the radar. Sotorres stands six feet and one inch tall and weighs 78 kg.

Inaki joined Alicanate's youth academy in 2004. He wanted to become a goalkeeper from a very early age and after representing the club in numerous divisions, Pena moved to Villareal in 2009. Sotorres played with the club until 2012 and then moved to FC Barcelona's La Masia. He was part of the 2017-18 UEFA Youth League winning team. 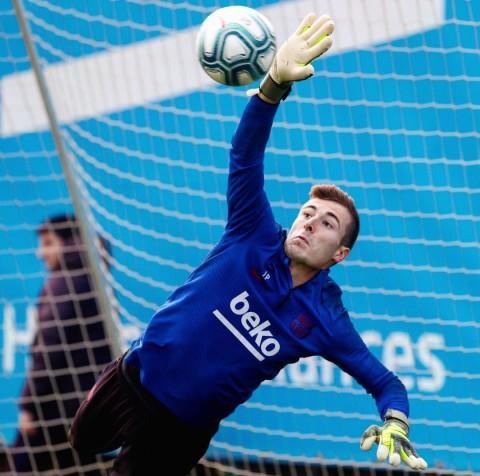 Inaki played with FC Barcelona from 2018 until 2021 SOURCE: [email protected]

Inaki signed a major contract with Barcelona in April 2018 for three seasons with an option for a further two. He appeared in fifty-six games for the Barcelona B team in the next three seasons. He did not get a chance to represent the senior team in the three years. In December 2020, The player extended the contract for two years until the end of the 2022 season.

In early 2022, Sotorres was loaned to Galatasaray in the Turkish League. He is yet to make his debut in the league game.

Inaki earned his first call for the national team in 2014. He represented the Spain U16 team in three frames. The following year, Sotorres was called for the U17 team. The player appeared in eighteen games for the division. Until 2020, Pena has been part of the Spain U21 team. Inaki is yet to make his senior team debut.

Inaki Pena Sotorres has an estimated net worth of more than $500,00. He has earned most of his net worth through his football career and contracts. Inaki signed a two-year contract worth €840,000 for two years. He has a weekly wage of €8,077. He is on a loan to the Galatsaray for the season and none of them have shared about the contract details.

Who is Inaki Pena Sotorress Dating? Know About His Girlfriend and Relationship Status 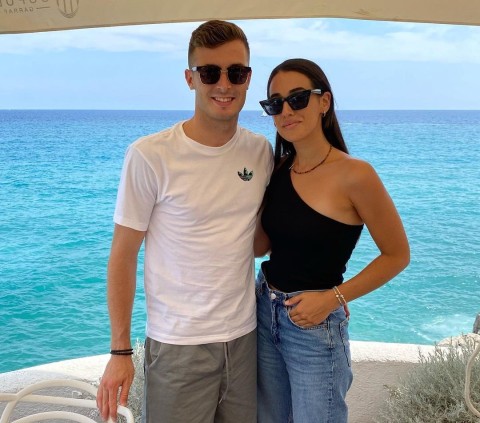 Inaki and his girlfriend, Claudia at a vacation SOURCE: [email protected]

They have been dating each other more almost a year. Although, Inaki has not shared any photo of them together in his timeline but Claudia has shared a number of photos in her timeline.