The Gizycko, Poland-based football player Patryk Kun plays as a left winger for Rakow Czestochowa. Further, Kun is one of the notable players on his squad, and he is known for his amazing playing skills that have definitely attracted many people.

Likewise, Patryk is a professional-level football player who is a left winger for the Rakow Czestochowa club. Moreover, he wears a jersey number 23 for his fellow club and has also played for the club, Arka Gdynia. Additionally, he is a talented well-experienced player for his club.

Many of Patryk Kun's fans are captivated by his playing career and often ask if the footballer has been dating or engaged to his special one. But Kun being Kub, hasn't shared much related to his lovelife, however, we know that he is happily married to his wife, Aleksandra Antys.

Likewise, information about his past relationship is missing from the sources. Therefore, we also don't have any facts about his previous affairs. Similarly, the footballer hasn't shared any information related to his married life including the dates and venues. 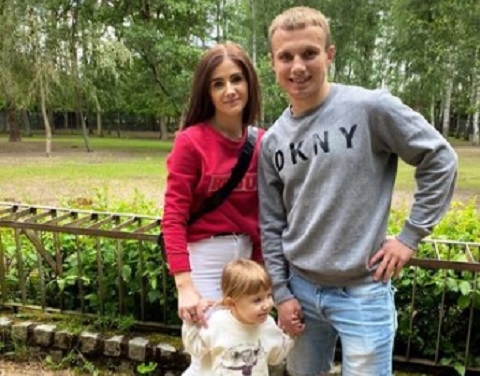 Similalry, the couple is also a parent of a daughter whom they gave birth to in 2019. So, the footballer is not just a professional player he is also a caring and loving father and husband.

How Much Does Patryk Earn? Salary And Net worth

Patryk Kun has a net worth estimated to be more than $ 1 million. Still, he hasn't shared many details regarding his earnings, so the exact calculation of his salary and net worth remains inaccessible. Besides that, his per week salary is £657.

Playing for the club, Rakow Czestochowa, he might be making a reasonable sum as the data regarding his earnings hasn't been revealed yet. So, talking about his current market value, according to transfermarkt.com, his market valuation is €1.20 million.

Following his playing history, Patryk has made a reasonable sum of money and must-have, make considerable money bring a pro-level footballer.

Patryk Kun started playing football at an early age, and being a passionate and dedicated football player; Patryk has gone through many shifts since the beginning of his career. For your concern, he started his professional career in 2012 by playing for the club Stomil Olsztyn.

So on, in 2014, he joined the club Rozwoj Katowice where he played for two seasons in II Liga and I Liga divisions. Likewise, he joined the club Stomil Olsztyn in 2016. Playing for the club for a year, he arrived at Arka Gdynia in 2017 and played a season representing the club. 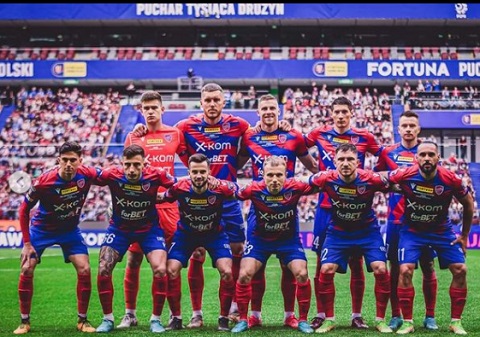 Patryk Kun and his team during a professional match SOURCE: Instagram @patryk_kun.com

Additionally, he joined the club Rakow Czestochowa in 2018, and as per the sources, the contract expires on June 30, 2023. Talking about his international career, he was called up for the senior Poland squad for a friendly match with Scotland on March 24, 2022. Similarly, he also played in the 2022 FIFA World Cup qualification.

Insight into His Personal Life And Birth Facts

Kun was born on April 20, 1995. Likewise, his birthplace is Gizycko, Poland, and the player was brought up by his parents, whose name and details seem to be missing from the sources. Likewise, he has a Poland Citizenship card.

Concerning his past life history, the footballer seems to come from a well-settled family; however, the details regarding them are currently missing from public sources. Therefore, we have no idea if he has any siblings.

For more information to Playerswiki.com.