Patrick Ewing is a retired basketball player who won Olympic gold medals in 1984 and 1992 and was inducted into the Basketball Hall of Fame in 2008. He played for New York Knicks for the most part of his career. Currently, he serves as the head coach for the Georgetown University men's basketball team.

Patrick Ewing Net Worth In 2020

Patric Ewing has an estimated net worth around $85 million, as of 2020, mostly earned through his NBA career. According to the source, his total NBA career earing is reported $118,223,608.

Currently, he stands as a head coach of Georgetown University men's basketball team, and his current salary is around $4 million per year.

In 2007, he purchased the Cresskill home for $6.35 million. The 10,524-square-foot all-brick manor has seven bedrooms and 10 bathrooms, opens up to a "spacious" foyer and a grand staircase.

Once listed for $7 million in 2015, it is now listed for $4.8 million. The listing price has decreased three other times since the home hit the market.

What Endorsement Deals does Ewing have?

Ewing's signed his first sneaker endorsement deal with Adidas in 1986. In 1991, he associated with Next Sports, a licensing deal to release footwear under Ewing's name in the United States under a new company, Ewing Athletics, which operated until 1996.

In 2012, David Goldberg and his company GPF Footwear LLC successfully collaborated with Ewing to revitalize the old Ewing Athletics line and bring it back into stores, capitalizing on the current retro trend in the footwear market.

Patrick Ewing Personal Life; Who is his Wife?

The NBA legend, Ewing married his girlfriend Rita Williams after having an affair for some time. They celebrated their wedding in the early 1990s. The duo met while Rita was earning her Bachelor of Science degree in nursing at Howard University.

Their son Patrick Ewing Jr. played as a small forward/power forward for Georgetown (2006-08), and Ewing daughter Randi is a highly recruited volleyball player who attended Fordham University. His youngest daughter Corey followed the footsteps of his father and attended Georgetown.

But unfortunately, Ewing and Rita could not carry their relationship well and ended up divorcing in 1988. According to the source, the reason behind their separation was Ewing’s alleged relationship with NBA York Knicks dancer Heather Errico, who eventually resigned from the troupe after seven seasons.

Heather Errico met up with Patrick at different away games, even though dancers don’t normally follow the team out of town.

Besides, Patrick also has a daughter, Alexis, from his current girlfriend Cheryl Weaver. His lady, Weaver is a former indoor volleyball player who has played on the AVP Pro Beach Volley Ball Tour. 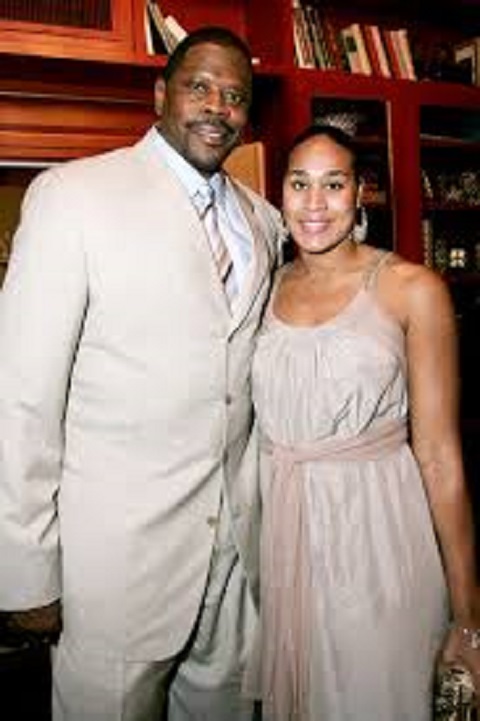 Ewing has made a short appearance in the movie called Senseless. Prior, he acted in the movie Space Jam along with some popular basketball players including Larry Johnson, Muggsy Bogues, Charles Barkley, and Shawn Bradley.

Despite in the fifties, he has maintained a great personality. He is 6 ft 8 inch tall in heights, which is around 2.03m and weighs around 109 kg.

Ewing was born on August 5, 1962, to his father Carl Ewing, who served as a mechanic and a mother Dorothy Ewing. He was raised along with his six siblings and immigrated to America along with his parents and siblings at the age of seven.

Ewing who has excelled in the game of cricket and soccer learned to play basketball at Cambridge Rindge and Latin School with the help of John Fountain. He then attended Georgetown University for four years where he performed in the NCAA Championship Game three times. He was named the 16th greatest player of all time by ESPN.

Ewing enjoyed a successful career with New York Knicks for more than one and a half decades, playing against excellent basketball players including Michael Jordan, Scottie Pippin, and Hakeem Olajuwon. His remarkable performance named him NBA All-Star 11 times, Players in NBA History and many others. 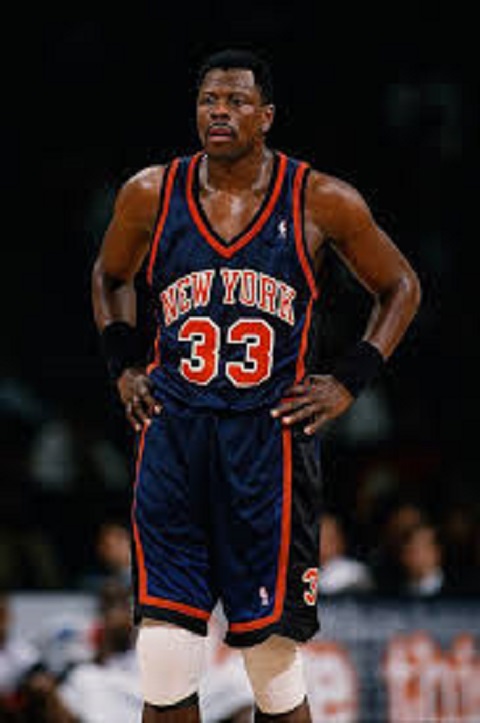 Patrick Ewing Success as a Coach

In 2002, Ewing was appointed as an assistant coach for Washington Wizards. He then served to Houston Rockets (assistant), Orlando Magic (assistant), and Charlotte Bobcats/Hornets (associate coach). Currently, he serves as the head coach for Georgetown Hoyas men’s basketball team.