Pascal Augustus Struijk, aka Pascal Struijk, is a football player by profession. He plays as a center-back or defensive midfielder for the English Premier League club Leeds United. He is a left-footed soccer player and wears jersey number 21 for the club. He is primarily a center-back but sometimes covers the defensive midfielder role per the team's needs. Furthermore, he was also a former member of the Netherlands U17 squad.

Before his appearances at Leeds United, the Dutch Center back Pascal Struijk professionally played with two other football clubs, including ADO Den Haag and Ajax. His ability to cope in defensive and attacking functions has made him one of the team's most crucial players. Due to his physical play and power on the ball, the Netherlands international has been likened to the Liverpool star defender Virgil Van Dijk.

Have a look at Pascal Struijk's early life and personal details

Pascal Augustus Struijk was born in Deurne, Belgium, in the year 1999 to  Belgian parents. He is born with the zoadic sign Leo. The defender celebrates every year on the 11th of August. Talking about his age, Pascal is a rising footballer of age 22. Despite being born in Belgium, he holds the Netherlands nationality.

When he was about three years old, he moved to The Hague, Netherlands. Since then, he has been residing with his family there. Moreover, he is the player with the Tri-nation citizenship card of Belgium, the Netherlands and Indonesia. The player measures his height at 6 ft 3 inches or 1.90m tall and gains the weight of 79kg. He has an athletic body structure. Further description, he has long black hair, black eyes and a light brown skin complexion.

Despite residing in the Netherlands, Pascal Struijk is born toin Belgium in a well-economic environment. His parents relocated to the Hague when he was three years old. Moreover, due to his paternal grandparents held in the Dutch East Indies, he is also legally an Indonesian citizen. He is qualified to appear for all three nations as per his will.

Meanwhile, Pascal has kept his family facts very secrete; thus, as a result, nothing concerning his name, profession and location they live are available. He seems pretty closed to them and shares a strong bond. His parents are very supportive of their son's job and interests. They often attend his matches and cheer him up from the standings.

After resettling to The Hague, he spent most of his early age there. The 22-year-old defensive midfielder joined ADO Den Haag in 2006, shortly after four years of migrating from Belgium, Belgium. Pascal was only seven years old at that time. He spent ten years of his immature period training and playing for the ADO Den Haag, so he deeply connected with Den Haag professionally and emotionally. We can say the Deurne-born player is an ADO Han Daag outcome. In 2016, Pascal moved to the Dutch Professional team Ajax-based in Amsterdam. 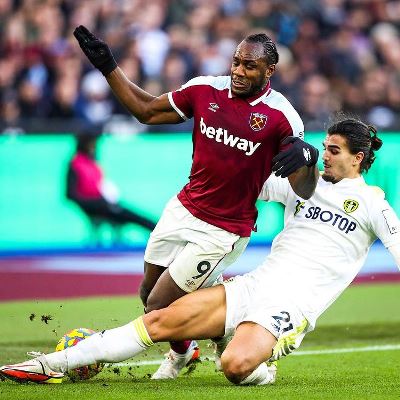 During the two years of Ajax's stay, he gradually enhanced his performance, but it was pretty challenging as he had a major competition with his teammate Sven Botman for the spot. Due to the expiration of his contract with Ajax, the professional footballer signed with Leeds United on trial. Everything went well, so the club offered him a three-year contract which he officially signed in February 2018. He was the regular starting lineup for the Leeds United Under-23 side over the 2018-19 season. In addition, he capped the Professional Development League with U-23 on 6 May 2019 with a huge penalty win against  Birmingham City.

At the same time, he was on the Senior team list, where he got very few chances to appear on the pitch. Finally, on 10 Dec 2019, he earned his first senior debut game for Leeds United, coming off from the bench in the 91st minute, replacing Helder Costa in a 2-0 victory against Hull City. Correspondingly, his second appearance was in the next match against Cardiff City as a substitute player. So far, Pascal has recorded two goals in a total of 61 games for Leeds United.

Not to mention, he is also a former Netherland U17 member, where he represented the Dutch team in 2016 in three consecutive games internationally. As I said earlier, born in Belgium, he is legally eligible to represent Belgium, the Netherland and Indonesia. As of today, he is still yet to make his presence known for the Indonesia and Belgium squad.

Apart from his sporty nature, he seems to be a very romantic and loyal boyfriend. He is very near to wed his beloved long-term Girlfriend, Abigial Mondria. He proposed to his girl on 12 June 2021 on a beautiful island. The couple started back in 2016. Since then, they have been together. Abigail has been supporting him in every journey of his football career. She attends most of his matches to support and cheer him up. Not to mention, the former Ajax man gives his fan to sneak into his love life matter through his Social media outlets. 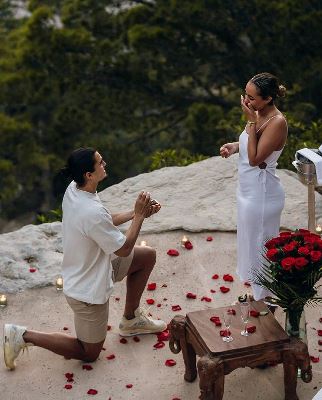 He is very open about his relationship with Abigail with the public. Pascal astonished everyone online when he posted thier wedding photograph on the majestic-looking Island on his Instagram account. His Instagram post is also filled with most of their traveling and quality time photos.

You may read the interesting facts and bio about Maria Duus.

Pascal, the Leeds United jersey no 21, is gradually establishing himself in his soccer profession. He earned decent money playing for the football clubs, so he must have a strong balance in his account. Like other Belgian footballers, he also makes salaries of millions playing on the English side. From his football career earnings, he lives an outlandish lifestyle with GF in England. Pascal market worth in 2022 SOURCE: Transfermarkt

According to the Transfer market, Pascal now holds the trending market worth €15 million. His sports agent is Forza Sports Group. His contract with Leeds expires on 30 June 2024.

The prudent and proficient Netherlands international seems to be a very media friend. We can access him on various social media platforms like Twitter, Instagram, etc. Among these, he picked Instagram. He has a blue tick featured Instagram id with the username @pascalstruijk and has huge followers, 76.4k. Pascal grabs the benefits of a strong media presence in promoting his sponsorship and brands. Also, he updates his sporty-related news and events to the masses via his Instagram handle.