Zhaire Smith started his professional career only a year ago and so far we are unaware if he is involved in any kind of dating relationship. At 19 years of age, he earns an average salary of $2,615,160 but his exact Net Worth is still being calculated.

Zhaire Smith was born under the birth sign, Gemini on June 4, 1999, in Garland, Texas. His full name is Zhaire Jahi-ihmi Smith. Zhaire is of American nationality and belongs to black ethnicity.

His father Billy Smith use to play basketball for Kansas State college. His father has been in a wheelchair since 2013 due to unsuccessful surgery of herniated disc. He was raised by his parents along with his sister, Ayinde.

Talking about his education, he attended  Lakeview Centennial High School from where he started to play basketball under the coach J. T. Locklear. 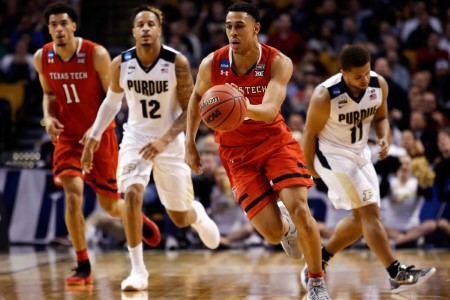 He had a pretty good record in high school. Smith had averaged point of 20.1 and 6.6 rebounds along with 3.o assists per game as a senior. He also earned District 10-6A MVP as an honor.

The 19 years, Zhaire Smith doesn't seem to be involved in any kinds of a romantic relationship. Maybe he is busy focusing on his rather than wasting time in other matter.

He is 6 feet 4 inches tall and weight of 200 lbs (91 kg). As he is a newcomer in NBA his fans and followers in social media are slowly increasing.

Zhari Smith started his professional career as a Basketball player on June 21, 2018. He was selected with the sixteenth overall pick by the Phoenix Suns in NBA draft and was immediately traded, to the Miami Heat in it's first-round, and then transferred to the Philadelphia 76ers for Mikal Bridges. 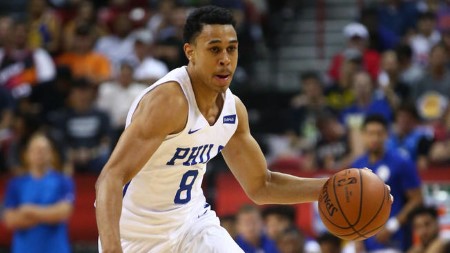 Along with Zhaire Smith in Philadelphia 76ers, there are players like Jimmy Butler, Joel Embiid, Landry Shamet, etc.

Zhaire Smith Net Worth and Salary

Zhaire Smith has currently joined Philadelphia 76ers by signing a 5-year contract where he collects above $18,000,000.

Further, the NBA prospect earned quite a good amount from his sponsors and many sports producers.