Vontaze Burfict is an American football player who is currently signed to the Oakland Raiders of the National Football League (NFL) as their No. 55 Linebacker. After going undrafted, he was signed by the Cincinnati Bengals in 2012, where he played until 2018.

Born on September 24, 1990, Vontaze Burfict played college football at Arizona State, where he was recognized as an All-American in 2010. Regarding his high school career, he represented Centennial High School and was part of an undefeated Huskies team that won a CIF title.

How Much Is Burfict's Net Worth In 2020? Know His Contract Details and Salary

The Bengals further extended his contract to a three-year, $32.53 million contract that featured $11.23 million guaranteed and a signing bonus of $3.30 million, on September 7, 2017.

Upon release by the Bengals in 2019, Burfict was signed by the Oakland Raiders to a one-year, $5 million contract. That season, he earned a base salary of $1,150,000, while his veteran teammate, Derek Carr, was the highest-earning rooster of the team.

2020 has just started: there are no rumors if Raiders keeps him or his release from the team. As reported, every Raider, including Mike Glennon currently projected to hit free agency in 2020.

Besides, most of the athletes has endorsement deals with sports company, so does Burfict have. Currently, he is endorsed by the Body Armor and Nike.

As of 2020, Vontaze Burfict's net worth is approximately $25 million. He has Rolls-Royce Phantom, which pricing starts at more than $450,000.

While enrolling at Centennial High School, Burfict found his better half, Brandie LaBomme. But, the two began dating a few years after their school around 2011. 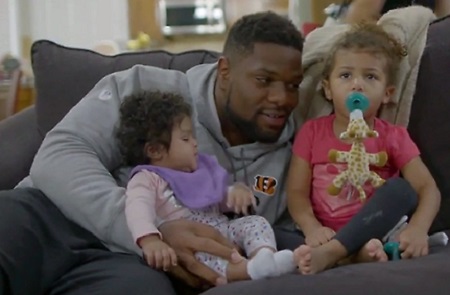 After being romantically involved for long, they had their first child, a daughter, Aiyanna, on 30th December 2014. Similarly, they welcomed their second daughter, on 24th May 2017. What's more, their long-term relationship has now turned into a betrothal. Yes, the pair is engaged. 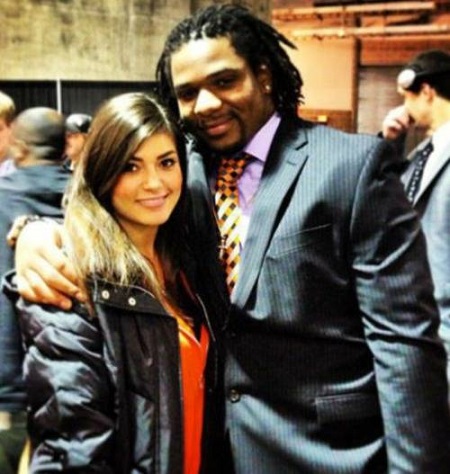 Having said that, let's know about his lady too. Born as Brandie Marie LaBomme Olson, on July 4, 1990, she is a native of in Los Angeles, California. She was raised alongside her younger brother Brice Gordon, by their parents: Donald and Christie LaBomme.

Graduated from Centennial High School in 2008, she holds a bachelor in business communications and French from Arizona State. Initially, Brandie worked as a teacher assistant at Frisco Centennial High School and then as a child center associate for Lifetime Fitness. Subsequently, she became an educator tutor for Supai Middle School and later switched to a leasing agent for Block 1949.

South Los Angeles native, Burfict, was born to Vontaze Burfict, Sr., a gang member and cocaine dealer who was incarcerated most of the time and never had a relationship with his son and mother, Lisa Williams, a city transit bus driver.

Vontaze jr. and his older half-brother DaShan Miller was initially raised by their mother, but eventually remarried and moved to Corona.

Like Burfict, his half-brother was a football player at Corona Centennial High School who later played college football at UTEP and Akron. At the 2010 NFL Draft, he went undrafted.