Timothy Bell Kurkjian is a famous sports analyst currently working for ESPN in shows such as ESPN’s Baseball Tonight and SportsCenter. He appears regularly on The Dan LeBatard Show with Dan Le Batard and The Tony Kornheiser Show with Tony Kornheiser.

The resident of Bethesda, Maryland, Timothy Bell Kurkjian, reportedly earns around 56K, as his yearly salary from the network, and as of 2018, he reportedly has an estimated net worth of over $2 million. He is currently married to his longtime girlfriend Kathy Kurkjian and has two children Kelly and Jeff with her.

Timothy Bell Kurkjian after graduating from Walter Johnson High School in Bethesda joined the Philip Merrill College of Journalism and acquired his Bachelor's degree in Journalism in 1978.

He started his early career as a journalist for The Washington Star in 1978 and eventually became a staff writer by 1981. After that, he started his work at Baltimore News-American newspaper. When that paper went out of business he began covering baseball for The Dallas Morning News from 1981 to 1985.

In 1986 he started writing for The Baltimore Sun. From 1989 to 1997, he worked as a senior writer for Sports Illustrated. He wrote for Sports Illustrated covering basketball for six months and then attended a job at ESPN as a baseball writer and television journalist in 1998 at the age of 40. He is also a regular correspondent on ESPN Radio.

Tim Kurkjian Net worth and Salary

The American sports analyst Tim Kurkjian has an estimated net worth of $2 million. As of 2018, the reporter receives an annual salary of 56K from his successful reporting career with ESPN. So far he has a total of $ 3 million as his career earning.

Tim Kurkjian lives at Bethesda, Maryland with his wife and two children. He got married on November 26, 1983. His wife is a lawyer. His son is a journalist and his daughter is an artist. He is active in social media having 661k followers on Twitter. 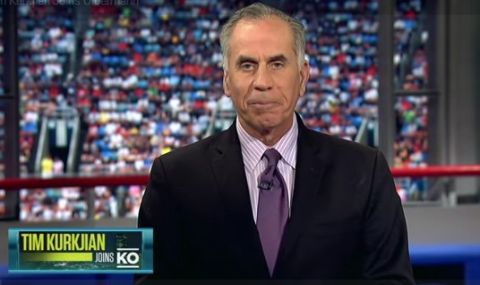 Tim Kurkjian had such a craze about baseball that from 1990 till 2010 in Major League Baseball season he cut every MLB box score from the newspaper and then taped them in his spiral notebook. He quit doing that because newspapers stopped printing box scores.

Ashton Hagans 1999 - Ashton Hagans- College player for Kentucky Wildcats; How much does he Earn in a year?