Paulie Malignaggi Challenges Conor McGregor on a Boxing Match: "I would love to fight Conor McGregor in a ‘winner takes all’ fight in a boxing match." 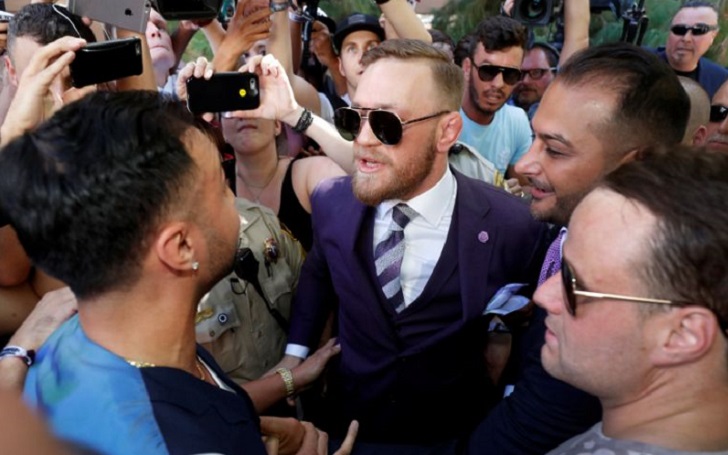 Paulie Malignaggi doesn't fear Conor McGregor as he recently expressed his desire to fight The Notorious but in a winner-takes-all boxing bout.

The former pair who were having a bad mouth, since after Malignaggi joined Floyd Mayweather team ahead of Conor fight against Mayweather, have been calling each other out openly in recent days. Talking with Off the Brawl recently, the former two-time champion criticized Conor calling him  'the Pinata of combat sports'.

”There’s no other fight he can make that he makes more money than he does fighting me. The problem is, he gets beaten by me. Why are you looking to fight Japanese featherweights for half the money than you would be fighting me if you can beat me?”

Let the record show. I like Paulie Malinaggi. Here is a confrontation between us regarding a picture he was upset about. Yes you heard that right. A picture. I told him here to his face. “Don’t be bitching.” Common knowledge I would think for a fighting man. Don’t be a bitch, bitching. The same thing I said to khabib at the end of round 3. My round. Don’t be bitching! Every single round bitching to the referee. He was even bitching in the fourth round from mount position. It baffled me. If anyone should have been saying anything to the referee, it should have been me in that 1st round. That round he held onto my legs for four minutes straight. With zero activity. But a fight is a fight who gives a fuck. Crying to the referee like a proper bitch. I was trying to dig my fingers into his Adams Apple. Many individuals in the fight business, I have learned lately, are absolute bitches. I know you’s are broke boys. But don’t be broke bitches.

He also criticized Conor for calling out the Japanese kickboxer Tenshin Nasukawa, who recently fought an exhibition match against Floyd.

“McGregor's trying all that he can to keep himself relevant as best he can - even going as far as calling out the Japanese featherweight Nasukawa. That guy just did an exhibition with Floyd Mayweather - I don't think he was intending to fight guys as big as Floyd and Conor, that physically big - he's a very small guy. It was a one-off situation."

After his 10th round loss to Mayweather, Conor might not take the boxing match unless its tons of money. If he takes to lose the fight again, it would probably be a boxing legend because his defeat to a boxer like Malignaggi would lower his status as a fighter. Everybody knows, Malignaggi is not Mayweather, Pacquiao, or De La Hoya.

The same way, Malignaggi would not get into the Octagon fight with the Irishman as the former two-division champion would most likely change his face.