Matthew Evan Nieto a.k.a. Matt Nieto is an American professional ice hockey left winger who currently plays for the Colorado Avalanche of the National Hockey League (NHL). He was picked in the second round, 47th overall, by the San Jose Sharks in the 2011 NHL Entry Draft.

How Much Is Matt Nieto Net Worth In 2019? Know His Salary and Contract

As of 2019, Matt Nieto has an estimated net worth over $5 million, mostly earned through his NHL career.

With tremendous earnings and net worth, the NHL star is living a lavish lifestyle. However, there is no information about real estate properties and cars owned by him.

Matt Nieto is in a relationship with his girlfriend, Carley Crawford. The duo started dating since 2014. It seems that the couple is pretty serious in their relationship and might take their love affair to a whole new level someday. 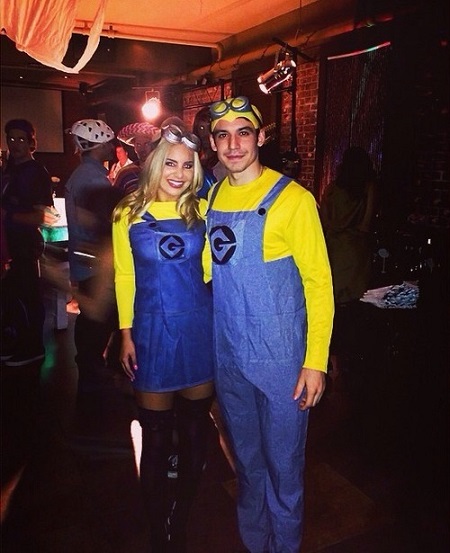 However, they prefer their personal life in a low key. Additionally, they remain inactive on social sites such as Instagram and Twitter.

A native of Long Beach, California, U.S., Matt Nieto was born on November 5, 1992. His Star sign is Scorpio. As per nationality, he is an American and belongs to the Mexican-American descent.

His father, Jesse, is a longshoreman, whereas his mother, Mary, is a Nordstrom makeup artist.

He grew up in home town, in a dangerous neighborhood; his mother had said: "There were drive-by shootings. He jokes about it that Snoop Dogg lived around the corner. It's true, but Matt wasn't born then."

At Nieto's two, he became interested in skating, particularly rollerblading, when he saw his sister skating in the family's house. Later, his grandfather bought him a hockey stick, and when he was three, he started playing roller hockey at the YMCA.

Nieto has a sister with Down syndrome and autism, and his mother is battling advanced breast cancer.

Upon graduation, he enrolled at Boston University.

On January 5, 2017, he was claimed off waivers by the Colorado Avalanche. Later six months on July 25, Nieto and the Avalanche avoided arbitration by agreeing to a one-year, $1 million contract. The following year, he signed to a two-year deal worth $3.95 Million with Avalanche in July 2018.