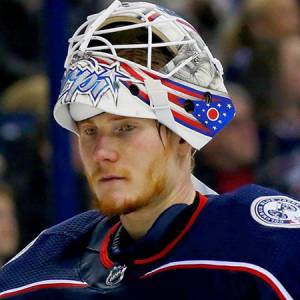 Joonas Korpisalo is a Finnish professional ice hockey player who plays in the National Hockey League (NHL). As of 2019, Joonas Korpisalo currently plays for the Columbus Blue Jackets as their goaltender.

Joonas Korpisalo was born on 28 April 1994, in Pori, Finland to parents Jari Korpisalo and his mother's name is not revealed yet in media. As per his nationality, he is Finnish and belongs to the white ethnic group. Further, his star sign is Taurus.

Prior to his NHL career, Korpisalo played for Jokerit and Ilves respectively in the SM-liiga in his native Finland during the 2012–13 and 2013–14 seasons.

Joonas Korpisalo has until now been an unmarried man. Further,  he has kept his personal life low profiled. Further, he hasn't dropped a single clue about his probable girlfriend or wife.

In addition, his marriage and divorce have not been recorded until now. He has not, until the present time, clarified his married life, affair, girlfriend, and spouse. Additionally, he seems to be focused on his work rather than love affairs.

However, he has a good relationship with his friends and family as they usually attend his game. Talking about his physique, he is 6 ft 3 inches in height and weighs around 83kg.

Joonas Korpisalo Net Worth And Salary

Further, the NBA player has an average salary of $900,000 annually whereas Artemi Panarin is one of the highest earners of the team with an annual salary of $6,000,000. Additionally, he has managed to  $2,535,314 from his entire professional career.

He was selected by the Blue Jackets in the 2012 NHL Entry Draft's 3rd round (62nd overall). The NHL's Columbus Blue Jackets signed a three-year entry-level contract with Korpisalo on March 21, 2014. 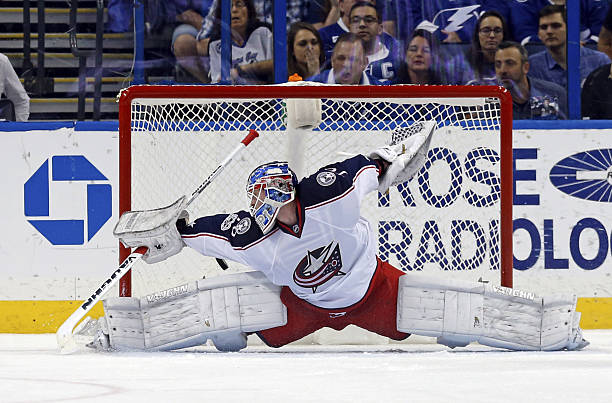 Korpisalo took over as the backup goaltender of the Blue Jackets behind Sergei Bobrovsky during the latter half of the 2016–17 NHL season. The Blue Jackets signed a two-year contract extension with Korpisalo on June 9, 2017.