Jill Ellis is an American-English soccer coach. Most recently she served as head coach for the United States women's national soccer team, starting in 2014 and stepping down on July 30, 2019. She is also the United States Soccer Federation's development director. Previously, she managed NC State, Maryland, Virginia, Illinois, UCLA, and many other teams.

She led her team to 2015 and 2019 FIFA Women's World Cup Championship. Ellis net worth is estimated above $10 million. If you are curious enough to explore further facts about her salary, net worth, and personal life, just read the article to the end.

Jill Ellis Career Earnings: Know about her Salary and Net Worth

As of 2019, Jill Ellis has an estimated net worth of $10 million, mostly earned through her coaching career. No to mention, she is in her coaching career for almost two decades so it is obvious that her career earnings are much higher than other coaches. Moreover, she also led her United States national soccer team in two consecutive World Cup Championship.

The salary of the women soccer coaches is always less than that of the men's team coaches. She was receiving a salary of around $318,533 annually from her USA national team in the 2017-18 season. The exact figure of her salary for 2018-19 is not available but as per the sources, her salary will surely increase since she has led her team to the 2019 World Cup Title.

Jill renewed her contract with the United States national team for 2019 but the exact figure of the contract amount is not yet disclosed. It can be assumed that her salary in the 2019 season will be around $400,000 annually. There isn't any information revealed about her personal assets and other bonuses she receives from her team.

Since she has led the United States national soccer team to the Championship so she is supposed to have received quite a decent amount of bonus. She is also the United States Soccer Federations tenth highest-paid employee.

Nevertheless, she vacated her position in the Women's National Team but will remain with the team through the World Cup victory tour. After her departure, she will proceed with U.S. Soccer in the role of Ambassador. According to the source, the minimum pay for ambassadors is $124,406 per annum.

Jill Ellis Married Life with Betsy Stephenson: Know about her Spouse and Children

Jill Ellis is a happily married woman as she exchanged vows with her beautiful girlfriend Betsy Stephenson in 2013 in a lavish wedding ceremony in front of family and friends. Ellis and her wife were in a romantic relationship for a long time before they got married.

The couple has adopted a daughter named Lily who is currently living with them. Jill's spouse Stephenson is working for the University of Miami in the Sports Medicine field as their Senior Director. Betsy holds a Bachelor's degree in Personnel Administration. 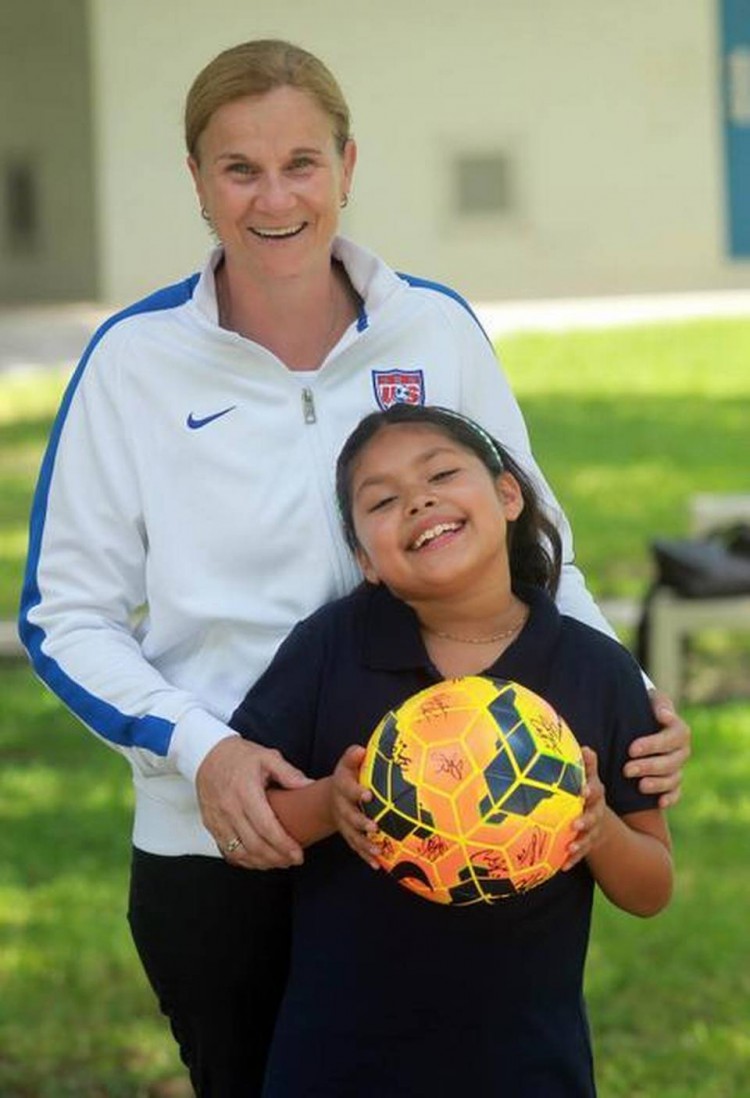 Jill and her spouse got married two years before the same-sex marriage was made legal in the United States and there a question mark about how they got married before the law was made. Apart from her, some other players of the national team are also lesbians.

It is obvious that she never had a boyfriend since she is a lesbian and not so fond of guys and she is never found to be involved in a relationship with any man.

Information regarding her past affairs or relationship is still under review and the facts about her body measurements are missing.

Jill Ellis was born as Jillian Anne Ellis to parents John and Margaret on 6 September 1966, in Portsmouth, England, United Kingdom. She holds an English-American nationality and belongs to the white ethnic group. Her early life was awesome and she spent her childhood with her brother Paul. 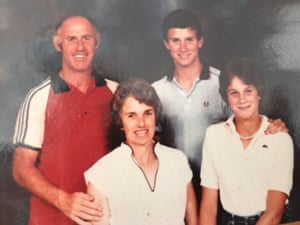 Jill with her parents during her childhood SOURCE: The Guardian

She started playing football since her early days but was not supported by her family since football in the 1970s in the United Kingdom is considered "unladylike". She played for the Robinson Secondary School as their captain.

Jill started her coaching career working as the assistant coach for the Maryland University in 1994 but later moved to the NC State where she coached for three years. Moreover, she also worked for the Illinois women's soccer team and UCLA. 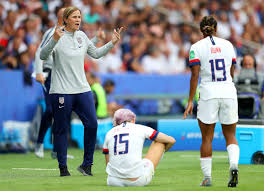 After ending her college coaching career, she began her career with the United States where she served as the U-21 women's national soccer team's head coach. After some years, Ellis was appointed as Development Director by U.S. Soccer. She also served as the national team manager of the United States and was the assistant coach in Beijing Olympics 2008.

She served as the head coach of the  United States women's national soccer team since 2015 and so far she had led her team to two world cups. Some of the players who played under Ellis coaching are Becky Sauerbrunn, Kelley O'Hara, Crystal Dunn, and Allie Long.

Ian Heinisch Ian Heinisch Net Worth: Earnings from UFC and Salary Per Fight; Who is his Girlfriend? (Age, Family, MMA Stats)