PlayersWiki recently received a fan mail from a reader named Julian Frederick asking "Why Do People Call Artem Lobov The GOAT, Isn't His Ring Name The Russian Hammer?" So, we chose to answer it today.

At first, all thanks to Artem Lobov for talking trash to Khabib online, which resulted in team Khabib surrounding Artem before his fight, and the whole thing later turned into the infamous bus incident leading to Conor Vs. Khabib fight. So yes! Artem's Octagon name is the Russian Hammer as he is from Russia and lives in Ireland and trains with Straight Blast Gym. But Fans call him Artem Lobov The Goat and it has a reason behind it. 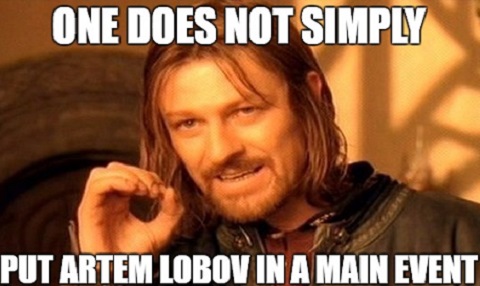 Artem Lobov MEME "One Does Not Simply Put Artem Lobov In A Main Event" SOURCE: Facebook

Here is a thing, despite calling Khabib Nurmagomedov and Jose Aldo with some harsh words, Artem has always been a funny and an honest man. Think it this way, if you are Connor's training partner you will be loved by many and will earn the equal amount of haters too.

Artem The Goat Lobov is a respectful fighter in every regard. He honors his opportunity to be in the UFC, but fight fans are a little different than the regular sports fan because when fight fans support their fighter, they do it with total dedication, and when they don't then you will be trolled, which will cross the line and it will sound more like an internet bullying. 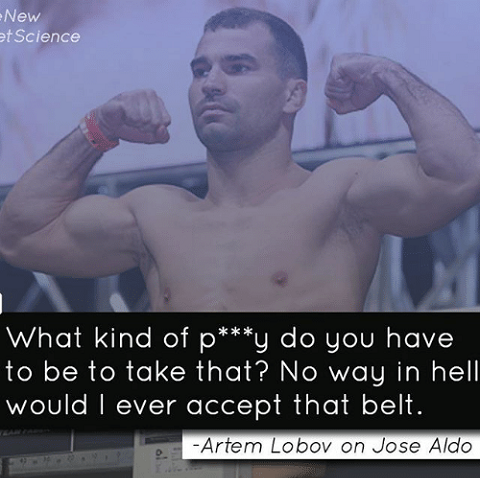 It's a well-known fact, that Artem is Conor's spiring partner, SBG's next prodigy fighter and when you are team Conor, you will receive appreciation along with hate, dipped with some spicy controversies. Hence, it's totally normal for Artem to be trolled.

But "GOAT" which means "Greatest of All Time" doesn't sound like a troll right? Yes! It is not a troll if you actually are winning fights, hearts, and titles like Anderson Silva, UFC hall OF Famer Chuck Liddell, Georges St-Pierre and many others.

The Russian Hammer Or T-Rex?

Artem has a very broad upper body which makes his hands looks a little shorter, as a matter of fact, his punching reach is only 65 inches, which is a little bit shorter for a 5'9" tall guy. 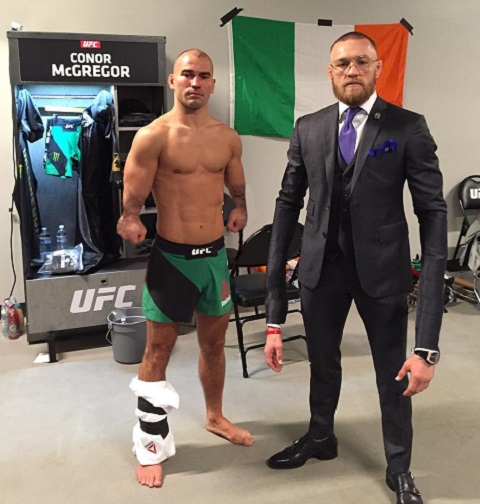 A Fan Edited The Picture of The GOAT Artem Lobov and his Good friend Connor McGregor SOURCE: Facebook

Further, in one of the UFC's photoshoots, Lobov's hands were captured in a way that it looked way too shorter than they actually are, and that solidified his nickname as T-Rex.

Artem Lobov: GOAT Or Not?

Artem Lobov can be compared to Lord Bendtner of soccer (Note: its a name given to Nicklas Bendtner by soccer hooligans because Bendtner is the highest scoring player for Denmark national team but he has so far given a considerably unexpected performance in his club career).

Alike Lord, MMA fans have developed a term called GOAT (Greatest Of All Time), and they give this title to people who they like and in Artem's case commonly dislike.

CAPTION: The Russian hammer and the GOAT SOURCE: Giffy Image

So, Artem who is already four matches in, has earned the popular title GOAT and it's not because he is undefeated or something, but it is all MMA fan's courtesy on Artem for his continuous losing streak and shit shows.

Despite being in Conor's team, Artem has a pro-record of 14 wins, 15 losses, and one draw. Lobov in his five matches with the UFC has won two matches and lost three of them which is not acceptable in the world's most respected MMA Organization but before his release, he was given two main events. 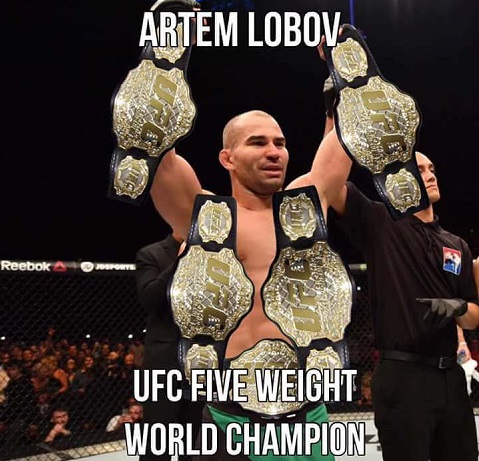 Among all trolls, one troll is especially funny, and it's from Louis Bolanos, posted on Apr 5, 2018, in Reddit which reads:

"Artem is the demi-GOAT because he's the only one under 300lbs who can actually deal with Conor's death touch, that's why they're training partners." 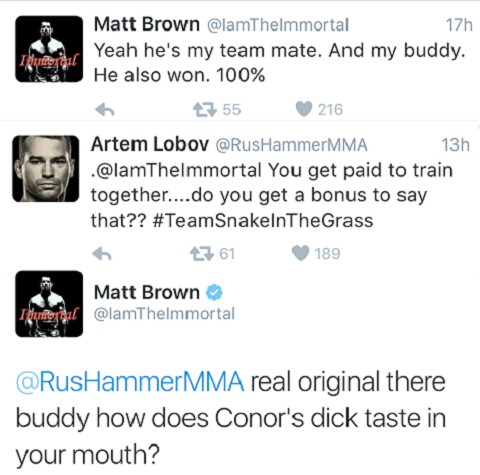 The TUF finalist has so far produced a mixed result, but his fights are not boring to watch, as a matter of fact, despite his loss to Cub Swanson, at UFC Fight Night Swanson VS. Lobov, Artem Lobov received the fight of the night for his performance, which actually earned him a lot of fans.

Is it All right To Call Artem Lobov "The Goat"?

No one is here to judge, for whatever reason, Artem is always in the media. Fans know him and he is getting a good exposure despite winning 50% of his total 30 pro fights. After losing TUF's finals, he still has a contract with the UFC and trains with some of the elite fighters and coaches. 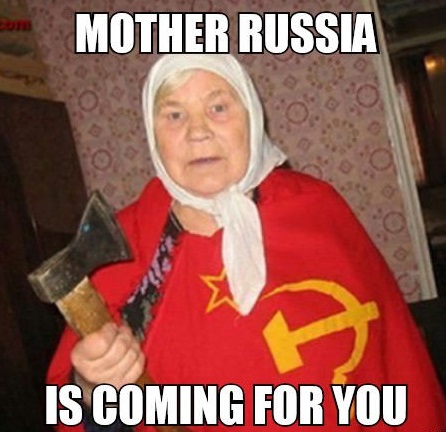 CAPTION: This Reminds us of Something: Maybe something from Joanna SOURCE: MEME world

He is only five fights in and already has been featured in a fight night main event. Every fighter in the game wants to at least fight in the Conor's card and Artem not only fought but won Chris Avila in UFC 202 which shows that he is capitalizing on whatever he has to it's best. So, hopefully, he has no problem with these memes and trolls on him. 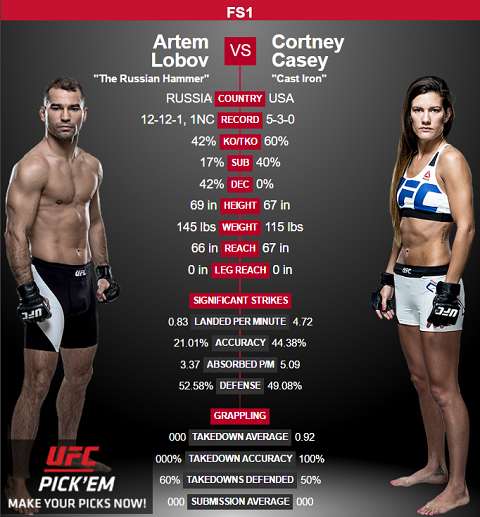 An Extra Image Of Artem The GOAT Lobov Where he is Compared to  Cortney Casey SOURCE: Facebook

Despite being trolled the Russian hammer is pretty famous among fans and on the top, he proves to be a legit athlete. With 13 wins and 15 losses, he still is an SBG's next prodigy fighter.

Artem is a kind-hearted Man

After UFC fight night 138's fight on UFC Fight Night: Oezdemir vs. Smith, against Zubaira Tukhugov (team Khabib) got canceled, Artem fought Michael Johnson. On his fight against Johnson who reportedly was a pound over 145 lbs, Artem accepted the fight and reportedly handed Johnson the 20% pay cut which shows that the GOAT is, after all, a generous man.

Michael Johnson, who accepted tomorrow’s fight against Artem Lobov on two weeks’ notice, missed weight this AM by one pound. Lobov’s head coach @John_Kavanagh confirms Lobov has accepted the fight. First reported by @MikeBohnMMA. 20% of Johnson’s purse goes to Lobov. However ...

I’m told @RusHammerMMA went up to Johnson afterwards and said he will make sure MJ gets the full 20% back bc he is appreciative of the fact that MJ took the fight on short notice. The rules are Lobov has to take the money but he gave Johnson his word he’ll get it back to him.

I asked Artem Lobov about his decision to give back Johnson’s fine. “I told the UFC to save me the trouble of transferring the cash and just pay him in full,” he said. I’m happy to sign any waivers.

Later on 30th January, Artem Lobov turned to a free agent after his UFC release, The Goat is looking forward to crossing over to other MMA Promotions following his release.

We hope that we answered Mr. Julian Frederick's question, for more, keep up with Playerswiki.