Evan Fong better known VanossGaming, is a Canadian internet sensation, video game commentator, and music producer. Popular for montage-style videos on YouTube, he has 25.1 million subscribers on his channel VanossGaming where he has a total views of 12.3 billion as of July 2020.

Toronto, Ontario native, Evan Fong was born on 31st May 1992, under the star sign Gemini. Regarding his nationality, he is a Canadian who comes from an Asian ethnic background.

Evan Fong's YouTube channel, VanossGaming is ranked the 4th most subscribed to channel of the past decade. As of 2020, he is the 10th highest-paid YouTube Star of the year with an earning of $11.5 million. Back in 2017, was ranked 2nd in a list of World's Highest-Paid Youtube Star with earning of $15.5 million, and the following year, he summoned $18.5 million, becoming the 10 highest-paid YouTube stars on the planet. In 2019 he made $11.5 million.

Besides his earning from his youtube channel, Fong produces music under the name Rynx and also works as a creative director for the video game Dead Realm. Also, he is a voice actor for the YouTube Premium series Paranormal Action Squad, which helps him to generate extra bucks of money.

Presently, his net worth is approximately $25 million. For sure, he has a lavish lifestyle but has maintained it a low key.

Does Evan have a Girlfriend?

When it comes to personal life, Evan chose to remain silent. As of now, there is no information about him being romantically involved with any lady. Seems like the YouTuber is possibly single. 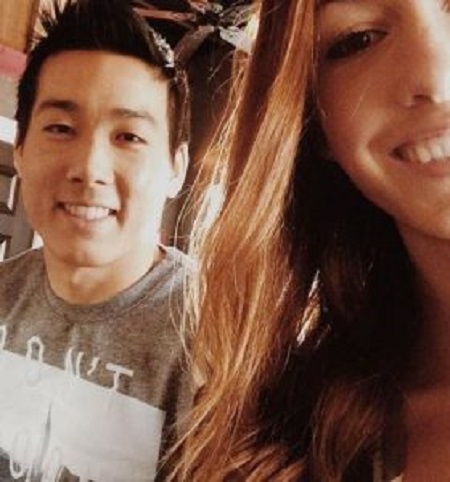 Earlier, he was in a relationship with a lady named, Sydney. Their affair was confirmed following Sydney's IG post. Later the couple separated silently.

Evan Fong is of Asian descent with a Chinese father and a Korean mother. A graduate of Richmond High School, Fong was introduced to video games at a young age through his father who is also an avid gamer. He attended the college as an economics major who dropped out to give his 100% on his YouTube career.

On 15th September 2011, Fong created the VanossGaming YouTube channel. The name VanossGaming comes from his father's PlayStation 3 alias which Fong adopted. It was originally derived from the variable valve timing system by BMW called VANOS.

By early 2015, Fong started getting mainstream media attention as his YouTube channel approached 11 million subscribers and cracked the top 25 most subscribed channels on YouTube, becoming the main figures in the growing video game commentary subculture. In March 2015, he appeared on the first gaming panel at a convention at the "YouTube Gaming Evolution" panel during Boston's PAX East event.