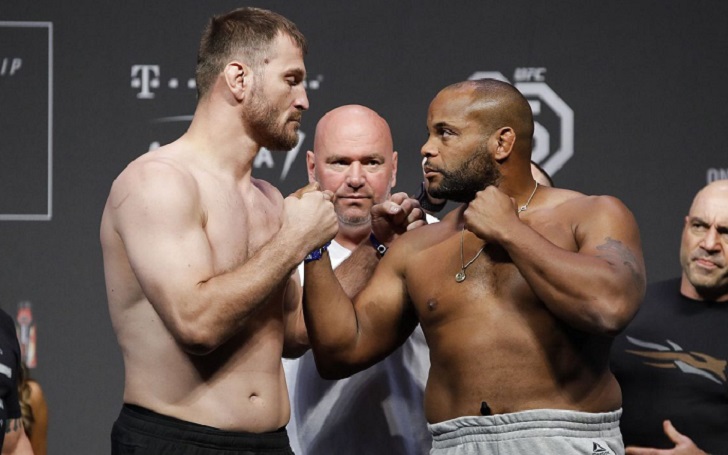 Daniel Cormier hasn't yet decided about his future after his loss to Stipe Miocic at UFC 241 but he did hint that he could get into the octagon one more time if he gets chance to fight Miocic in a rematch to correct the mistake he did at UFC 241.

The UFC president Dana White still believes DC could give strong competition even at 40.

“I think he’s one of the best in the world. I was looking at the (official UFC) rankings today when they came out – it’s just f—ng insane to me. This guy on Saturday night was the No. 1 pound-for-pound fighter in the world."

“He looked damn good until, like I said the night of the fight, whoever came up with that ‘go to the body’ gameplan in between rounds was f—ng brilliant,” he continued. “Brilliant. It was even more brilliant the way Stipe executed it."

“So, yes, I think he’s one of the best in the world, and I don’t think he should retire, but that’s up to him and his family.”

The UFC president also revealed that there is a possibility of Miocic-Cormier trilogy if both the fighter agree to fight.