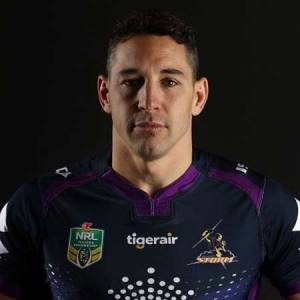 Slater is one of the well-respected and renowned players in Australia who has been honored with Rugby League World Golden Boot Award in 2008. His net worth is yet to be revealed but earns $700,000 as an annual salary. Slater is married to his wife Nicole Slater.

Slater’s star sign is Gemini. He got married to his wife, Nicole Slater in November of 2009 in Cairns. They have two children together, Son, Jake and daughter, Tyla Rose Slater. He met his wife at a pony club at the age of 14. 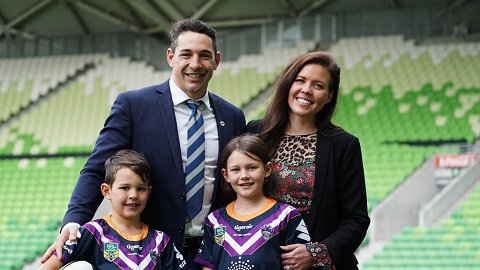 CAPTION: Billy Slater with his wife and children SOURCE: The Cairns Post

Billy Slater 's wife is a talented artist and runs her beautiful business by selling her beautiful artworks and prints. Currently, the couple is enjoying their relaxed lifestyle in their house in Melbourne.  His wife has her own website, “NICOLE ROSE ART” through which she sells her artworks.

One of the most enjoyable weeks of my life. Thank you @magicmillions ????

The couple is often spotted on the beach with their children enjoying their vacation. In 2010, he attended the beautiful wedding ceremony of Greg Inglis.

Apart from career earnings, he is the brand ambassador for Australia Suzuki through which he earns a significant amount of money. Furthermore, he has accumulated a huge fortune from different endorsement deals and especially, he has gathered more than $1 million from the brand he endorsed.

Also Read: How Much is Billy Slater's Net Worth? Know about his Salary, Career, and Awards

He and his wife are building a house on a property outside Melbourne with the horse stable. Additionally, Billy has also invested money in the real estates and reportedly, he earned around $0.27 million by selling Byron Bay hinterland retreat which he purchased for $1.105.

Billy Slater is the professional name of William Slater who was born on June 18, 1983, in Nambour, Queensland, Australia. He was born to his father, Ron, and mother, Judy Slater and grew up with his four siblings.  Slater holds an Australian nationality.

Billy Slater first started playing rugby league for the club, “Innisfail Brothers”, Innisfail, Queensland. At the age of 16, he left Innisfail State High School to achieved his passion for thoroughbred racing and worked as a roustabout for an Australian horse trainer, Gai Waterhouse for around six months.

Slater started playing for Melbourne Strom in 2003 as the fullback and made his debut against Cronulla-Sutherland Sharks at Remondis Stadium. In his second season with the club, he scored in the decider but could not stop New South Wales’ former player, Brad Fittler.

Billy Slater was later suspended for seven matches in Round 4 for kicking John Skandalis. So far, he has earned 732 points from 299 games and 183 tries. Previously, he played with Cooper Cronk and Gareth Widdop.

He was again penalized for his try-saving hit on Sharks winger Sosaia Feki recently in September 2018. He has already revealed that this will be his last NRL season. 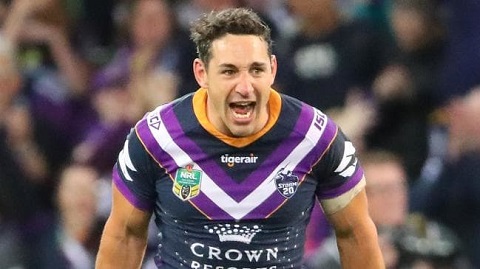 As a successful rugby player, he has been honored with Dally M Top Try Scorer (2005), Melbourne Strom Team of the Decade  (2007).

On another hand, Slater represented Australian rugby league team in 2008. He played for nine years where he made 108 points from 30 games and 27 tries.