How Much Is Gareth Widdop's Net Worth In 2019? Know His Income Source and Salary

As of 2019, Gareth Widdop has an estimated net worth over $1 million, mostly earned through his rugby career.

Widdop 's yearly salary was estimated at $550,000 in the year of 2014. Currently, he receives around $900,000 as a yearly salary from his current club. He had also asked to increase his salary to about $1.2 million, comparatively equal to Ben Hunt, some months back in 2017. 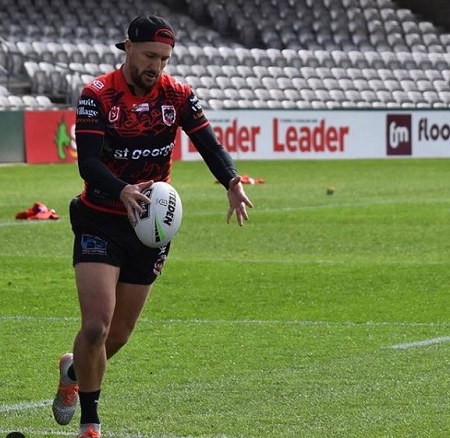 He took a tremendous amount of money playing for England national rugby league team. Besides, he also has endorsement deals with several brands and products.

Widdop is a married man. He tied the knot with his girlfriend, Carey Widdop in 2014, in an intimate wedding ceremony. 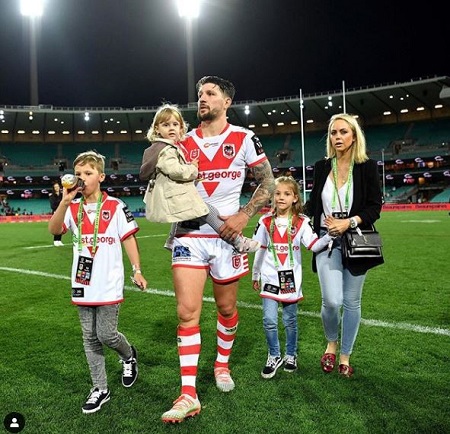 Currently, the husband and wife have three children, a son named Brayden Widdop born in 2010, a daughter named Harper Rose born on September 30, 2012, and a daughter born in February 2017.

The couple dated for several years before being engaged in 2011. Their married life is going smoothly without any sign or traces of divorce or separation. Widdop had also posted the pictures of his son and daughters on Twitter on the occasional day of Christmas.

At the age of 16, Gareth Widdop moved up to Melbourne, Australia with his family. He then enrolled at Bayside College. As a youth player, he proceeded to the 2006 NRL Grand Final and played for Altona Roosters.

Gareth Widdop was then discovered by an Australian former professional rugby footballer and coach, Dean Lance and was taken into the Storms Academy U-18 program.  Thereafter, he signed a contract with the Melbourne Strom U-20 team. He later scored winning and try goal against Wests Tigers in the 24-22 win and making him the Storms’ NYC player of the year in 2009.

Gareth Widdop started playing in a senior team after being promoted from the youth club in 2010. He then extended his contract with the team on May 14, 2011, until the end of the 2013 season. He has scored 2 tries, 7 goals in 25 matches for the Melbourne Storm in the 2011 NRL Season. He has played 25 games, scoring 4 tries and 12 goals before ending the 2012 NRL Season.

In the 2013 season, Widdop's first match came against Leeds Rhinos, 2013 World Club Challenge as five-eighth. For the club, he has played 70 games where he scored 25 goals and made 10 tries and 91 points until 2013. He is the member of the team that won 2012 NRL Premiership.

Gareth Widdop then signed a four-year deal with St George Illawarra in 2014 believed to be worth $2.2 million and made his debut against Wests Tigers. He was named as the highest point scorer with 137 points from 3 tries, 61 goals and 3 field goals in his first year with the team. As of September, he has scored 1001 points in 196 matches, with 43 tries and 411 goals.

According to the source, Warrington Wolves have agreed to sign England stand-off Gareth Widdop from St George Illawarra from the 2020 season.

Widdop was called up to "England  National national rugby league team" in 2010 against France. The same year, his debut match came replacing Kevin Sinfield where he kicked 2 goals. He was later selected in the England squad for as the fullback against New Zealand  Maori rugby league team.  For the England national team, he has scored 159 points in 27 matches, with 8 tries and 70 goals.