He has played for different clubs across the world, notable among them are Napoli, West Ham United, Udinese as well as AC Milian and has represented Colombia since 2008 including the 2014 FIFA World Cup.

Pablo Armero is of Colombian nationality. He was born to mother, Agrippina Armero on 2 November 1986 in  Tumaco, Colombia. Armero was fond of playing football since his early childhood days.

His annual salary in 2013 was estimated to be € 1.25 million. So his total net worth combined with assets, earning for different clubs and the national team, as well as endorsement deals could be around $1 million.

The Colombian defender started his senior playing career with America de Cali in 2004 and helped the South Amercian side to win the  Colombian top league, Liga Aguila in 2008.

He was transferred to Italian football club, Palmeiras in 2009  and scored his first and only lone goal for the club against Nautico in July 2009.

After dispute involving pay and rules as well as regulation, he left Palmeiras and signed with Italian Serie A club, Udinese Calcio on August 2010 after a successful debut with the club was loaned to fellow Serie A side, Napoli  and signed a season loan deal with the club  on January 2013 and was signed as a permanent player in the summer of 2013 for transfer fee of €4 million.

Pablo Armero was transferred to English football club, West Ham United as a part of the deal from Napoli for the rest of 2014 and made his debut against Stoke City on 15 March 2014.

He returned to Italy and joined his old club, Udinese and signed with the club on 20 June 2014 and was later transferred to Italian Serie A giants AC Milan on 11 August 2014 for the remainder of 2014/15 season.

Pablo Armero was again loaned to Brazilian football club, Flamengo on April 9, 2015, and made his debut for Flamengo against Avai during the Campeonato Brasileiro Serie A match.

After completing his loan deal in Brazil, he moved back to Udinese in 2015 and played mostly as a substitute.

He signed with the Brazilan club, Bahia in 2017 and was the part of the team that went on to win 2017 Copa do Nordeste and is currently playing for his former Colombian club, America de Cali whom he signed in 2018.

After having represented Colombia in the  FIFA U-17 World Championship 2003 in Finland, he got called up for the senior team in 2008 due to his impressive performances at America de Cali club. He made his international debut for Colombia against Venezuela in 2008.

He scored his first international goal against Bolivia in March 2013.

Pablo Armero, alongside players such as James Rodriguez, Carlos Sanchez as well as fellow Colombian defender, Cristian Zapata, was included in the Colombian squad in 2014 FIFA World Cup.

Nicknamed as "Minía" a Colombian name for infant, Pablo Armero stands at a height of 5 feet 7 inches tall and weigh around 79 kg. He is married to Maria Bazan and the couple has two sons. One of his son's name is Brando David Armero. 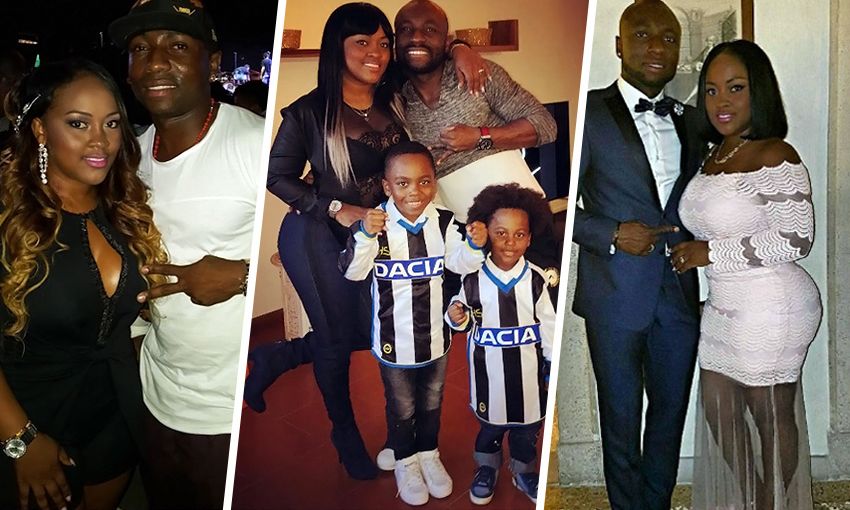 Pablo Armero found himself in big trouble when he was arrested for beating his wife while they were vacationing in Miami. His wife refused to have sex with him while they were residing in Hotel Metropolitan in Miami Beach. and paid $ 1500 as a bailment fee. He spent two days in the prison.