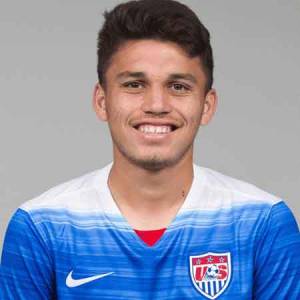 Oscar Sorto is an American-Salvadoran professional footballer, currently playing for the El Salvador national football team as a defender. Before this, he previously played for the United States U20 and U23 national team. Talking about his club career, the footballer has played for the LA Galaxy and Orange County SC.

Oscar Sorto was born on 13th August 1994, in Lo s Angeles, California, United States. His birth sign is Leo. As per nationality, Sorto is an American and is of white ethnicity. He was raised alongside his two sisters by their parents.

Moreover, Sorto had a keen interest in football since his early age and grew up playing in the U. Soccer Development Academy for the Pateadores and LA Galaxy.

On 11th December 2012, Sorto was promoted up to the senior team of the LA Galaxy. Similarly, he made his professional debut in a 3-0 win against Cartagines in the CONCACAF Championship League on 25th September 2013.

On 9th February 2017, Sorto signed to Orange County agreeing on a free transfer. He made 35 games appearance for the club and left the club on 9th May 2018.

On 20th May 2013, Oscar Sorto was named to the United States U-20 squad for the 2013 Toulon Tournament. On 5th June he made one appearance in a 1-0 loss to South Korea. Later two days, he was named for the 2013 FIFA U-20 World Cup in Turkey where he played two matches, one against Ghana and one against France.

Additionally, Sorto is eligible to play for El Salvador due to having Salvadoran-born parents. On 29th September 2017, he was called up to represent EL Salvador for the first time.

Former LA Galaxy footballer, Oscar Sorto is a private person when it comes to his love life. It seems that the twenty-four years old is single and unmarried. However, he often shares pictures with his family and epically with his cute nephew.

As per his physique, Sorto stands 5 feet 8 inches tall and 70 Kg.

After Galaxy, he played a season for Orange County SC. Currently, he has not signed to any club but he plays for El Salvador national team.