Ola Kamara is a rising Norwegian professional football player. He is currently playing in Major League Soccer for D.C. United. Kamara plays as a striker for his team. Ola has represented Norway in numerous divisions and also is part of the national team.

Ola Kamara was born Ola Williams Kamara on October 15, 1989, in Oslo, Norway. He has yet to share about his parents and his early life with the public. Ola's father is from Sierra Leone, and his mother is Norwegian. Talking about his physical appearance, Ola stands precisely six feet and weighs 78 kg.

Ola Kamara has an estimated net worth of more than $5 Million. However, He has been playing professional football for almost a decade. Kamara got his major contract and salary after joining the MLS club, United D.C. As per sources, Ola has an annual salary of $240,000 with United D.C. The Club acquired him for a transfer fee of $2.5 Million. 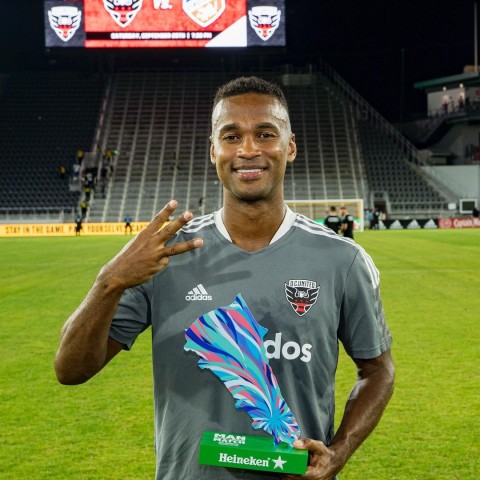 Ola shares a photo with his Award in the MLS SOURCE: [email protected]

In 2019, Shenzhen signed him for an annual salary of $3 Million in the Chinese Super League. Ola played for the Columbus Crew SC in the MLS for two seasons, starting in 2016 with a base salary of $425,000. The player has played in a handful of leagues globally. He is private about his economic career and does not share much about his contracts and earnings.

Ola is involved in a romantic relationship with his longtime girlfriend, Sandra Kamara. The love birds have been dating each other for more than five years. Both of them are very much supportive of each other but have not shared much about their first meeting experience. 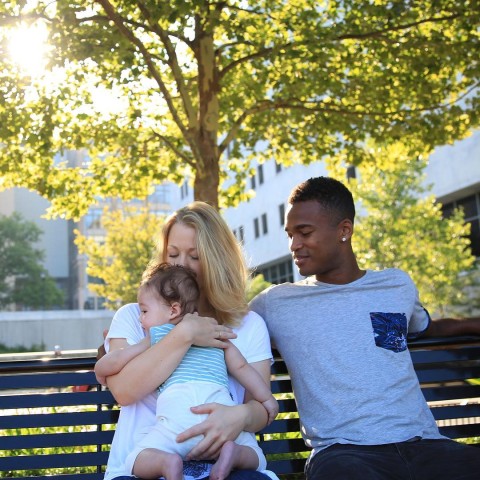 Ola shares a photo with his girlfriend and their son SOURCE: [email protected]

In early 2016, Ola shared about expecting their first child together. In August 2016, The duo was blessed with a son. He is very much private about his son and rarely shares photos in his timelines. Although, It's been more than five years of their relationship, They have yet to get engaged and tie their wedding knot.

Ola started playing for the youth club of Frigg in his hometown. He played with the team until 2005 and then moved to Stabaek. After playing for just a season in the youth team, Kamara made his debut for the senior year and then was loaned to Honefoss for a season. Ola struggled in his initial days to make it to the team.

Kamara signed with Stromsgodset Toppfotball for a season but later extended until 2012. He became joint-top goalscorer for Strømsgodset alongside Pedersen in the 2010 season. Ola had an excellent season with the club and then moved to SV Reid. In the next two seasons, Kamara played in numerous leagues in Europe and was part of the Dinamo Zagreb team in the UEFA Championship League Qualifying round.

In early 2016, The Norwegian player signed with Columbus Crew FC in MLS and later moved to LA Galaxy for a season. He moved to the Chinese League for a season before moving back to the MLS with D.C. United. Ola has represented Norway in International matches along with Erling Halland. He has scored seven goals while appearing in seventeen games.