Jimbo Fisher is a popular American football coach who currently works as the head coach of Texas A&M Aggies. He is the former head coach at Florida State and won the 2014 BCS National Championship from Florida.

Jimbo is a former American football player and played for Chicago Bruisers. He then spent over 33 years in coaching from Samford University to Texas A&M Aggies. Fisher won the 2013 Rawlings Football College Coach of the year. 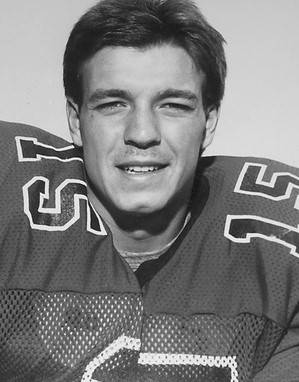 Jimbo then shifted to Samford University and started playing for the Chicago Bruisers. He got recognized as the Division III National Player of the Year. Fisher still holds several records in every university and team he has played in.

Jimbo played for the Chicago Bruisers in 1988 but later joined Terry Bowden at Samford. Fisher worked as a graduate assistant coach under Terry. His job was to work with the quarterbacks from 1988-1990. He then worked as an offensive coordinator at Samford.

The magical duo of Terry-Fisher went to Auburn. He coached many great quarterbacks during his time at Auburn. Patrick Niks played and learned a lot under Fisher. Jimbo left his assistant coaching job at Auburn in 1998 when Terry left the head coach position. 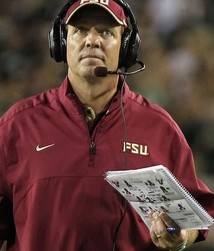 With his great coaching and training, Jimbo has attracted the eyes of many great teams. He was requested to join the coaching staff at the University of Alabama, which he happily turned down.

Fisher had his eyes set on his goal. He became the quarterbacks' coach and offensive coordinator at Florida State University. Jimbo replaced the position of Bobby Bowden's son, who was then coach of FSU.

Jimbo spent two years as a quarterbacks' coach at FSU. However, on January 7, 2010, he was appointed as the head coach of Florida State University, where he spent over 9 years. During his time in Florida, Fisher tasted a lot of success. 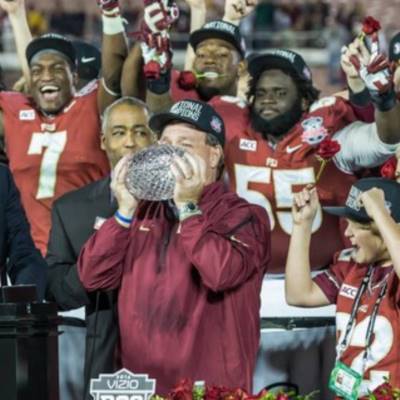 With his great managerial instinct at FSU, Fisher was an established winner. On December 1, 2017, Texas A&M University appointed Fisher as the head coach of the team. A 10 year deal of a whopping $75 million with the Aggies makes Fisher the team's head coach until 2027. 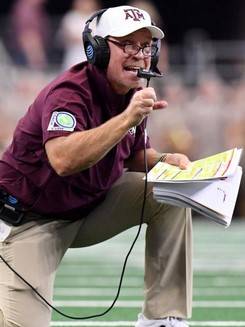 With Fisher coming in as the head coach of the Aggies, they have earned the #4 ranking in the AP Poll. It is the highest rank Aggies has achieved since the 1939 season. Also, in the 2020 season, Jimbo led Aggies to a 9-1 record. He is destined to progress more and more and lead Aggies to several successes in the future.

Jimbo has spent more than 33 years in coaching. He started as an assistant coach and now works as the head coach for Texas A&M Aggies. The median salary for a head coach is about $6 million.

Jimbo, during his coaching tenure at Florida, had a whopping salary package.  It consisted of a guaranteed salary of $220,000 with incentives reaching up to $0.4 million in total. This was for his role as offensive coordinator. Also, when Fisher got appointed as the head coach, he earned around $0.6 million every year. 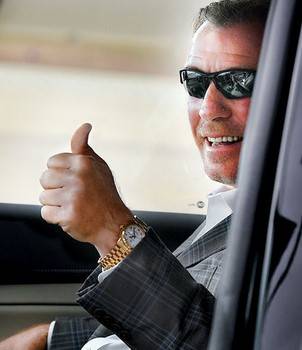 Fisher's annual salary is $7.5 million at present. He came from Florida State University to the Aggies with a $75 million contract for 10 years. Jimbo has won many personal accolades like Regional Coach of the Year and Football Coach of the Year.

Also, Fisher has an incredible love for luxurious watches. He likes to have his own personalized collection for watches. The Texas coach also has several supercars inside his garage. You can have a brief idea about how amazing this man's life is.

The net worth of Jimbo Fisher is estimated to be around $60 million- $80 million.

Jimbo, one of the famous names in American football, has a glorious sports career. His personal life is no less than a spectacle. Fisher is currently married to Courtney Harrison Fisher. He met Courtney during his coaching days at FSU. Both of them liked each other and started dating. They married in 2020. 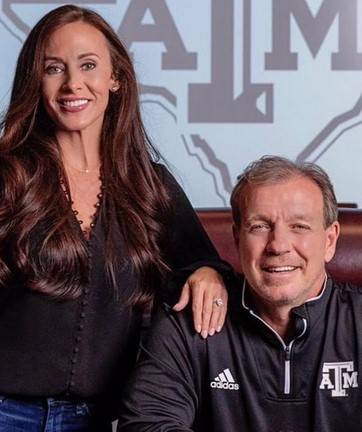 Fisher has two sons Trey Fisher and Ethan Fisher. He also has a stepson Keller. Jimbo was married previously to Candi Fisher. The former romantic couple met each other at Samford University. They started dating back then and got married in 1989. They got separated after 22 years of their marriage due to infidelity on Candi's part. 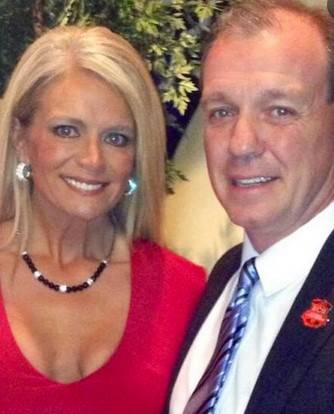 Jimbo Fisher's divorce from Candi made headlines all over America. The couple got separated, and it was a hard time for their son Ethan. He has been fighting Fanconi anemia since 2011. However, with his big brother Trey and stepbrother Keller, Ethan started living with their dad and stepmother Courtney.