Noor Husin is a rising Afgan professional football player. He is currently playing in the fifth-tier English football league for Southend United FC. Noor turned professional in 2015, playing with Reading FC in the English Football Championship. Husin plays as a Midfielder for his club and country.

Noor Husin was born on March 3, 1997, in Mazar-i-Sharif, Afghanistan. His family moved to England when he was aged 5 to escape the war. Noor completed his primary education and did not continue further. Talking about his physical appearance, Husin stands five feet and ten inches tall and weighs 75 kg.

Noor Husin has an estimated net worth of more than $500,000. The player has earned most of his net worth through his successful career. Husin has been playing at the professional level for more than six years. He is pretty private about his economic career. 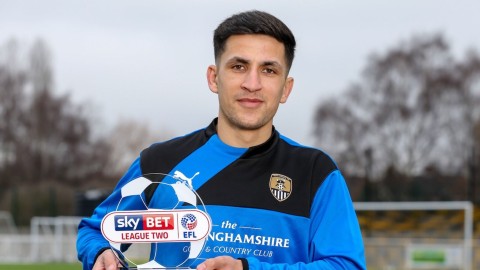 Noor is very early in his career and will be making millions in the future. Husin must be making a handsome amount from his sponsorship and advertising deals. As per sources, He has a market value of $100,000 as early 2022. In 2022, Cristiano Ronaldo and Messi will be among the highest-earning football player.

Who is Noor Husin Dating? Know About His Relationship Status and Girlfriend

Noor is very private about his relationship status. The football player could be single, dating or even married to his wife. He is not active on social media and has not shared his love life. There is no rumor of the player dating anyone in public. Noor is early in his career and must focus on his career.

Football Career and Journey to England

Noor started his youth career playing with Reading FC's youth team. He trained and represented the club on numerous levels and earned his senior team call in 2015. However, Before making his debut, The player was loaned to Hemel Hempstead Town. Husin made his competitive debut for Hemel Hempstead in October 2015 in a 2–2 away draw with Dartford.

Noor appeared in seven games for the club and scored three goals. The player had signed a single-season contract with Reading FC. In early 2016, Crystal Palace from the English Premier league singed him for two seasons. He was again loaned to Accrington Stanley for a season. Husin struggled to make it into the senior team and appeared in eleven games, scoring one goal. Noor moved to Notts County in League Two on an 18-month contract.