Nicole Melichar is a well-known American tennis player who won the 2018 Wimbledon Championships mixed doubles with Austrian partner Alexander Peya. Melichar turned professional in 2015 and has reached the top 10 rankings in the doubles.

Nicole Melichar was born on July 29, 1993, in Brno, Czech  Republic. She is among the two children born to Milan Melichar and his wife, Helena Melichar. Both of her parents work as real estate agents. She has an older sister named Jane, a nurse practitioner in pediatrics. Shortly after Nicole's birth, her family moved to Florida, where she was raised along with her sister. Nicole stands five feet and eleven inches tall and weighs over 65 kg.

Nicole Melichar's Net Worth and Earnings

Nicole Melichar has an estimated net worth of more than $1 Million. She has accumulated most of her net worth through her successful tennis career. Totaling her prize money to date, it sums $1,485,150 from both singles and doubles. Nicole has earned more than $1.2 Million just from WTA Tours. So far in 2021, she has made $1,335 from her game. 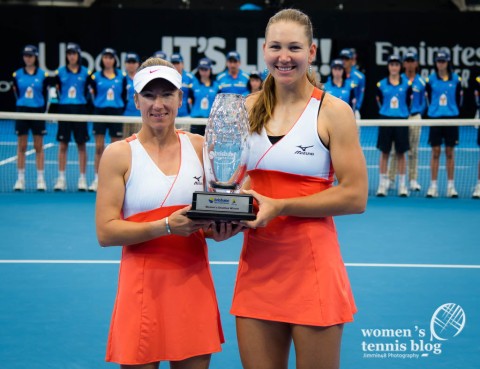 Melichar took home $59,947 last season. Also, she has made $268,876 from her US Open tours to date. She has an endorsement deal with a sports outfit named Neptune.

The Tennis player is an active social media user. She keeps posting photos of her training and her family. She is very much at the peak of her career and could be focusing on her career rather than spending time with people.

Florida Native Tennis player started her professional tennis career in 2010. She is yet to win a major singles title in her professional career. Nicole made her debut in 2010, playing in the ITF Sumter. She won her first title in 2012 at ITF Metepec. Melichar reached No.400 in her Singles career in 2012, which remains her highest ranking to date.