Demi Schuurs is a rising professional Dutch tennis player. She is best-known for doubles. Demi started her professional career in 2009. Demi and her partner Nicole Melichar have reached the Quarter-final of the Australian Open. She has won one major event in her single, 15 WTA and 20 ITF Doubles Titles.

Demi Schuurs was born on August 1, 1993, in Nieuwstadt, Netherlands. She is among the three children born to Lambert Schuurs and his wife, Monique. Her father is a retired handball player and ultra-long distance runner. She has a younger brother Perr Schuurs, a professional football player, and has a sister named Fleau Schuurs. Demi is five feet and seven inches tall and weighs 65 kgs.

What is Demi Schuurs's Net Worth in 2022? Know About Her Career Earnings and Prize Money

The twenty-eight-year-old player must be earning a fair amount through her professional career that spans over a decade. Totaling her prize money, It sums to $1,765,829 from her professional tennis career. 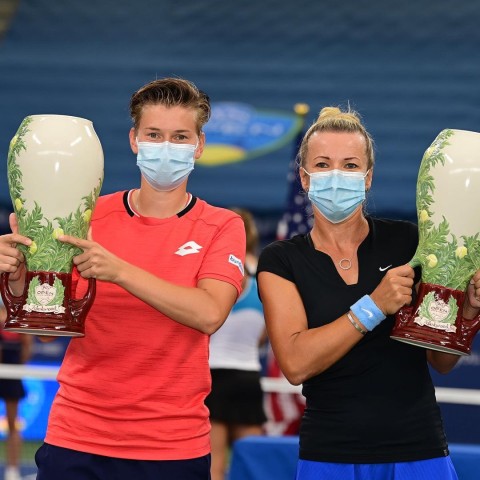 Demi shares a photo of her WTA Title along with her partner SOURCE: [email protected]

Sponsorships and Several other deals are the additional income sources of a tennis player along with their prize money. Demi has earned $144,000 from her US Open career. In 2019, Schuurs signed a sponsorship deal with Lotto. Demi has an estimated net worth of more than $1 Million.

Demi Schuurs is an active social media user. She keeps updating her friends about her personal life to her fans regularly. Following her posts and sources, Demi is an LGBTQ member and is lesbian. She is currently dating Carmen Kuijer. 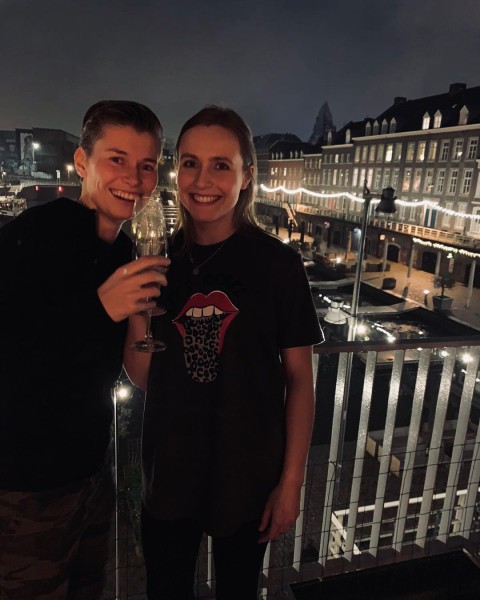 The tennis player keeps posting photos of them visiting new places. The love birds have been dating each other for more than two years. Nothing much about their first meeting instance is shared with the public. Carmen keeps attending her partner's games regularly. Schuurs opened about her relationship in an Interview with WTA in 2020.

Demi comes from an athletic family. She was into sports from a very early age. She came into the limelight after winning 2011 Australian Open and the 2011 US Open in Doubles. In February 2014, Shuurs won the ITF Circuits. In 2015; Demi ranked at 512 in singles,, which remain as her highest career ranking. However, She ranked at number 7. in the doubles ranking in 2018.

Schuurs won her first WTA Double final in 2015. Shortly, She won another WTA Title in Bucharest Open. In between September 2017 to June 2018, Demi won six more WTA doubles titles in Europe. She made it to the 2018 WTA Finals Doubles and won the tour. The same year, Schuurs made it to the Quarterfinals of Wimbledon and the French Open in Mixed Doublers.

In 2020, the tennis player partnered with Kveta Peschke and won Cincinnati Open. She also reached the quarter-final in Doubles of the US Open. In early 2021, Schuurs along with her partner Nicole Melichar have reached the semifinal of Austrlian Open and set to Elise Mertens and Aryna Sabalenka.