Nicolas Hobbs is a rising American basketball player. He has been playing with his University team since 2018. Hobbs is currently playing under Iowa Hawkeyes. He played his sophomore year with the college team.

Nicolas started playing basketball from his High School. Talking about his appearance, Hobbs stands six feet two inches tall and weighs 90 kgs or 200 lbs. Due to the COVID pandemic, The tournament could not happen, and he featured in just six games.

Does Nicolas get Paid By the University?

Nicolas is very much early in his career to involve in professional games and earn his money. Hobbs is playing for his university team. As per sources, University pays a minimal amount to their players. However, The exact figure is not known to the public. 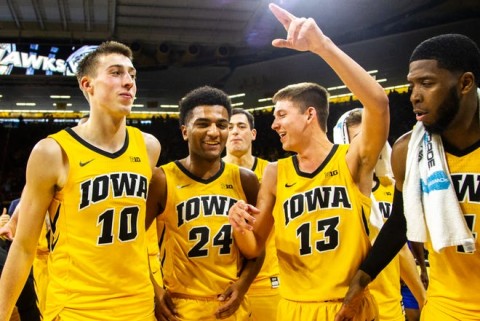 Hobbs celebrating with his teammates after winning the game SOURCE: Iowa Hawkeyes

Nicolas played basketball for this High School team, Fenwick High School’s boy's basketball team. His team was the state runners-up in 2017. During his senior years, His team became two-time Chicago Catholic League champions (2016 and 2017). After this successful year, The team got a chance to play on the Chicago MeanStreets AAU team. Hobbs graduated from his High School with a honors roll mentions.

In 2019-20, Nicolas played just five games. The league game was canceled after the COVID pandemic hit the game hard. He shall be playing for this senior year in the next year's league tournament. In the last game, He played, His team won the match 87-60.

Unlike other University player's Hobbs does not show any presence on social media. This has made it difficult to know much about his personal life with the media. It seems like Nicolas is living a happy single life. He seems to be focused on his career rather than spending time with people. 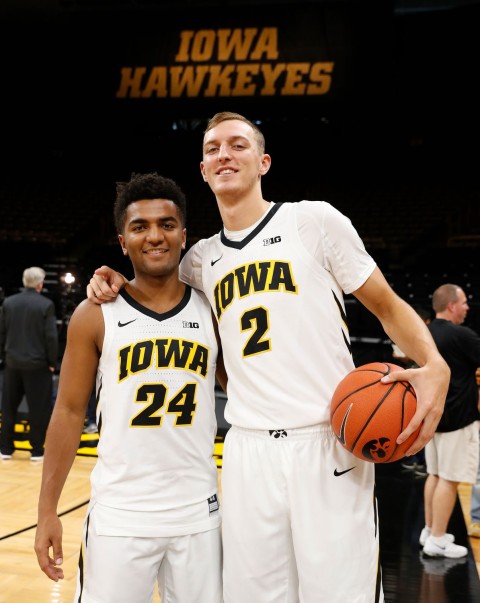 Nicolas with his teammate ahead of his game SOURCE: Hawkeyes Sports

Hobbs could secretly be dating someone and might be waiting for the right time and the right moment to open about his relationship status. The Basketball player has become successful in keeping his personal life away from the public.

Nicolas Hobbs was born on October 19, 1998, in Chicago, Illinois. He is the son of John Hobbs and his wife, Zoraida Sambolin. His parents separated soon after the birth of Nicolas. Soon his mother married Kenny Williams. He has seven brothers and sisters. His biological father worked as a finance major, and his mother is a news anchor at the NBC affiliate in Chicago. His stepfather works as the executive vice-president of the Chicago White Sox.