Nicolae Negumereanu is a well-experienced mixed martial artist from Romania. He is currently signed with the Ultimate Fighting Championship (UFC) under its Light Heavyweight Division. He has a 10-1-0 record in MMA. Previously, he was a wrestler.

Hailing from the suburbs of Brasov, Romania, Nicolae Negumereanu was born in 1994. He celebrates his birthday on the 4th of September every year. He is 26 years old as of this writing. His zodiac sign is Virgo.

Likewise, he goes by the nickname "Nick" and "Nicu." The MMA fighter is private about his family life and hasn't revealed much about his parents and siblings. Nonetheless, he once shared an old picture of his father of 1994, without revealing his identity.

Nicolae Negumereanu started his career as a security agent. After working as a security agent for a while, he shifted his focus towards wrestling. As per his interview with UFC, it is known that he started wrestling when he was 15 years old and continued it till 2015. 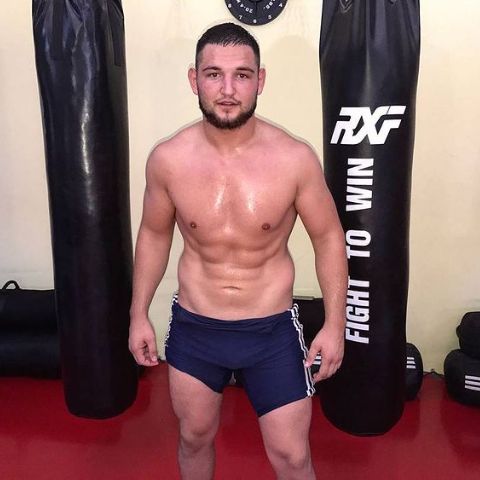 During his time as a wrestler, he was able to become a national wrestling champion and a national Kempo champion. He changed his mind and shifted his focus to MMA after seeing one of his friends compete at an RXF Show.

He made his pro-MMA debut on October 10, 2016, against Alexandru Gavrila. Nicolae was victorious in his first MMA bout via a TKO. Since then, he has paved his way through the MMA world, winning every bout he has competed in.

Some of the opponents that he defeated are Marius Pislaru, Constantin Padure, Robert Orbocea, Yuri Gorbenko, and Kovács Kami Kálmán. On November 19, 2018, he defeated Dan Konecke via Bravo Choke to capture his first MMA title, RXF Light Heavyweight Championship.

In early 2019, he joined the UFC. On March 16, 2019, he made his UFC debut fighting against Saparbeg Safarov. Unfortunately, he was defeated by Safarov via a unanimous decision, ending his 9-bouts winning streak. Afterward, he took a long break.

After 27 months, on June 19, 2021, he returned to the UFC octagon to face Aleksa Camur. Fortunately, he won the match and registered his first win in the UFC.

Earnings, Sponsors, and Net Worth

Nicolae Negumereanu has been able to earn quite the sum from his illustrious wrestling and MMA career. However, it is still not known that how much he has earned during all this time. But, as per sources, it is reported that the average salary of a wrestler is around $100,000 to $300,000 per year and the average salary of an MMA fighter is around $138,250 to $350,000.

The Romanian MMA fighter also grabs a healthy sum from his sponsors. He is represented by Moments Management and is sponsored by different brands like DY Nutrition, XIR Energy Drink, Game World, Morani Security, and others. Nicolae usually takes time to promote his sponsors via his Instagram handle. 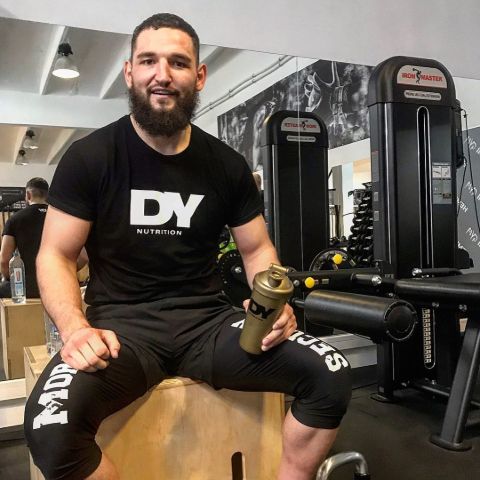 With such a flourishing career, backed up by healthy earnings and sponsors, it must be sure that he has accumulated a hefty net worth. Well, although he has earned a lot, his net worth remains a mystery and is still under review.

Is Nicolae Married or Dating his Girlfriend?

Nicolae Negumereanu is very private when it comes to his romantic life and has kept those details up to himself only. There also are no records of the MMA fighter dating someone in the past. Even if he was in a relationship, then he has managed to keep it behind the curtains.

His Instagram handle also doesn’t give any clue about his relationship status. On his Instagram handle, he has only shared pictures from his travels, training, MMA bouts, and alongside his trainers, coaches, and best friends. 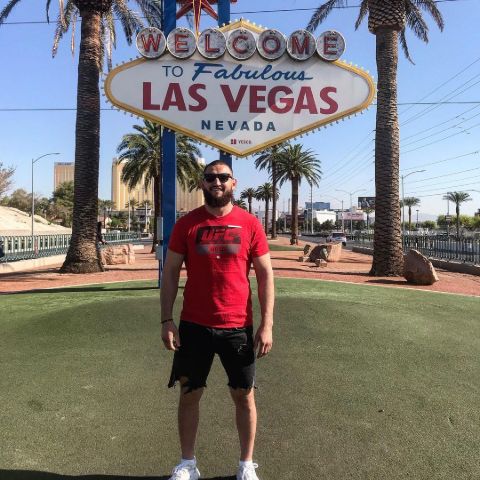 Going by those details, Negumereanu is allegedly single, as of this writing.