Neuza Back is a football assistant referee from Brazil. She is one of the six women to act as arbitrators in the FIFA World Cup 2022. Back is making her first duel in the game between Costa Rica and Germany in the Qatar World Cup.

Besides, Back also belongs to the referees of the FPF, CBF, and CONMEBOL. Back is considered one of the leading assistant referees in Brazilian football, as she has played in over 100 Brazilian Serie A Championship matches. She has also served in the Copa do Brasil and Copa Libertadores. And Back is also a physical educator.

Who Is Referee Neuza Back Married To? Her Husband

Referee Neuza Back appears to be married to her husband, but the details regarding her married life remain a mystery to the world. Till now, Back has never talked much about her personal life in the media, making it clear that she is a private person. 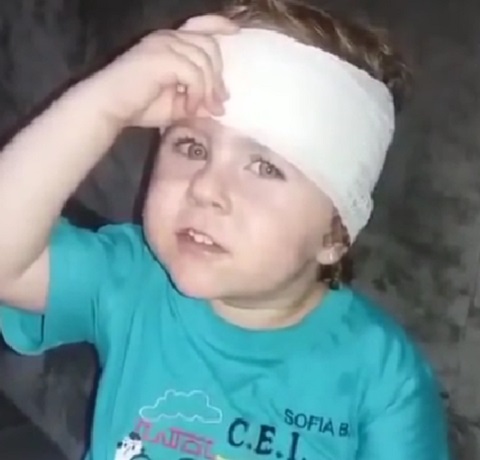 Neuza Back shares a photo of her goddaughter  SOURCE: Instagram @neuzaback

But from her Instagram page, Back has given some hints regarding her family life. In February 2017, she posted a video where we could see a man and a child. So, her caption also hinted that the man might be her husband. Likewise, Back has shared some clips of kids; in most of them, we can see her, including her godchild.

From this, it can be said that Back is married to her husband and prefers to stay a low-key life. We can get more details about her professional and personal life by following her on Instagram.

How Much Does Neuza Back Earn? Net Worth Explored

Brazilian referee Neuza makes most of her gains from being a football referee. She has been active in this line for a long time and has served in many games. So, we can be clear that Back has preserved a decent fortune. It is speculated that her net worth may be around $50,000.

Now, Back is part of the World Cup 2022, and her fee per match is reported to be €2,500. She has much experience officiating contests at the highest level. So, it may help her gain more profit. Meanwhile, a soccer referee has an average salary of $38,314 annually. Neuza Back after completing a meeting  SOURCE: Instagram @neuzaback

Apart from that, she is also a physical educator and a person doing the job with a reported salary of around $72,440 per year. Having a decent fortune, Back lives a quality life. Back explores different places and features her moments in her spare time on her IG page.

Take A Look At Her Career

Neuza was studying Physical Education, and during that time, she received an invitation from her brother. After that, she began her refereeing career. In her initial phase, Back refereed amateur games. After some time, she participated in the annual evaluation of the Santa Catarina Football Federation.

And in 2006, she joined the Federation. Later in 2007, the Santa Catarina Football Federation invited her to the evaluation promoted by the Brazilian Football Confederation for the composition of the first female cadre. She passed the test but didn't make it onto the board. 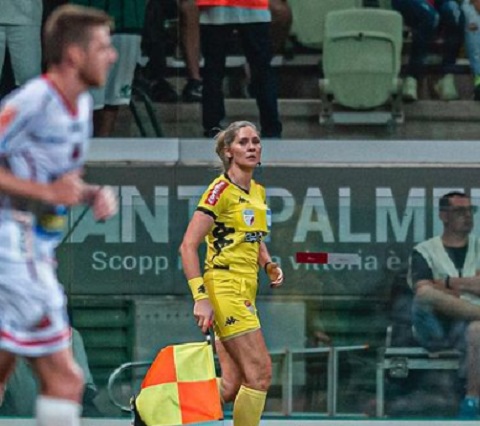 Finally, in 2008, Neuza debuted in professional football. In the same year, Neuza received an invitation again for the assessment that would make up the female staff of the Brazilian Football Confederation. Her career at CBF started in 2009, and her debut came in a Serie C match. She was also performing in the national games.

Neuza also performed at CONMEBOL Libertadores Feminina 2018. In the year 2019, Neuza played in the first leg of the Copa do Brasil final. Later, she also participated in the Women 's Football World Cup semi-final and final. Her first international men's match came in 2020 when she appeared in the game between Penarol and Velez Sarsfield. 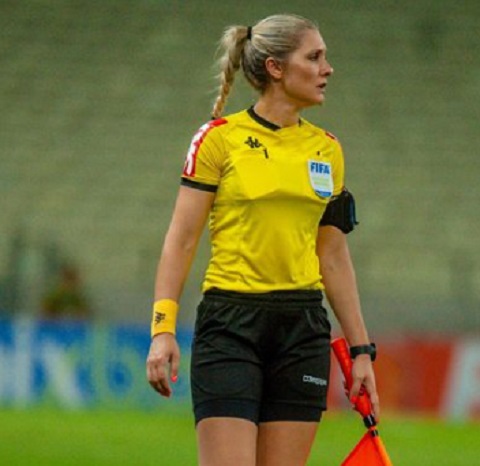 Neuza Back is in the 2022 FIFA World Cup  SOURCE: Instagram @neuzaback

Together with Edina Alves, she composed the first trio of women in an adult FIFA men's competition in 2021. She also refereed at the Tokyo Olympics. In November 2022, she was selected as an assistant at the Qatar World Cup. Now, Neuza will represent Brazil and women in the Men's World Cup. Stephanie Frappart is another soccer referee from France in the 2022 World Cup.

Neuza Back Age and Family Background

Back was born Neuza Ines Back in Saudades, SC, Brazil, in 1984. The Brazilian referee lights her birthday candle on August 11 every year. Furthermore, Back holds Brazilian nationality. Talking about her family life, Back was raised by her loving parents, Guerino Back (father) and Carmelita Back (mother).

Likewise, Neuza grew up in Brazil with her brother, Andre Luiz. She has also received massive support from her brother to get involved in this sport. Besides, Back has a degree in Physical Education. So, she also works as a physical educator in Jundiai.

Referee Neuza is an active social media user who is most active on Instagram. Her IG username is @neuzaback. Neuza made her first post on Instagram on October 2016. Since then, Neuza has frequently been posting on the platform. From her IG handle, Neuza shares updates on her professional life, including games and events. Apart from that, we can get more details about her lifestyle too.