Kyrie Andrew Irving, a.k.a. Kyrie Irving, is a professional basketball player based in the United States. He is currently playing as a point guard for NBA's Boston Celtics and he is also one of the highest paid athletes in the world. He has an estimated net worth of $50 million and has also been listed in Forbes list of Celebrity 100 2018.

Irving who is currently 26-years-old is currently endorsing Nike and has one of the highest sneaker endorsement deals in the NBA. He has also designed shoes with the brands and was able to sell all of his three signatures shoes from the brand in just three minutes.

Here we are going to share some details about his net worth, salary, his endorsement deals, especially Nike and his lifestyle and properties.

Kyrie Irving Net Worth and Salary

As of 2018, NBA star Kyrie Irving has an estimated net worth of $50 million. His annual salary is reported to be around $17 million.

Officially a part of the @celtics Tradition! Truly grateful. #AllLove

In 2018 alone, the basketball player was able to net a total earning of $36.1 million which helped him land 91st on Forbes list of 2018 Celebrity 100 Earnings. Likewise, in 2018, he also landed on the 29th place on the list of The World's Highest-Paid Athletes.

Likewise in 2018,  his on-court salary was $19.1 million and made an additional $17 million from endorsement deals.

Below we have also listed down his earnings from the past few years.

In 2018, Irving made a jaw-dropping $17 million and $13 million in 2017 through his endorsement deals with numerous brands and companies. He is currently endorsing brands like 2K Sports, Panini, Foot Locker, Nike, and Pepsi.

Watch Irving in a commercial for Pepsi.

In 2014, he signed an extension contract with Nike for five-years which was worth $90 million.

When Irving first came out with his first three signature shoes with Nike, they were sold out on the Nike's SNKRS app in just three minutes. The only player in the world who has sold his signature shows more than Irving is LeBron James.

My take on Mamba Day!! For the culture only.... @kobebryant

Likewise, his shoes on Nike currently sell for $85 to $140 depending on the design and model.

As we mentioned above, Irving is also endorsing other brands like 2K Sports, Panini, Foot Locker, and many others which have also aided in his current $50 million net worth.

With a net worth estimated at a whopping $50 million, Kyrie Irving is indeed living a very lavish lifestyle. From sexy girls in his life to branded apparels, watches and jewelry, Irving's hard work on the court has indeed paid off.

Must Read: Know All About Kyrie Irving New Girlfriend, Know Kyrie's Past Affairs And Find Out Who Is He Dating Recently

Moreover, he also owns a mansion in Westlake which is worth a staggering $1.7 million. The estate covers 5,500 sqft and some of the features of the house include a swimming pool, sauna, jacuzzi, and much more.

Likewise, in 2014, he splurged $800,000 on an Ohio real estate which was previously owned by Daniel Gibson and Keyshia Cole.

Now, talking about his cars, he has a huge car collection but his most well-known car purchase is his two Audi R8s in black and white which has a starting price tag of $90,000. 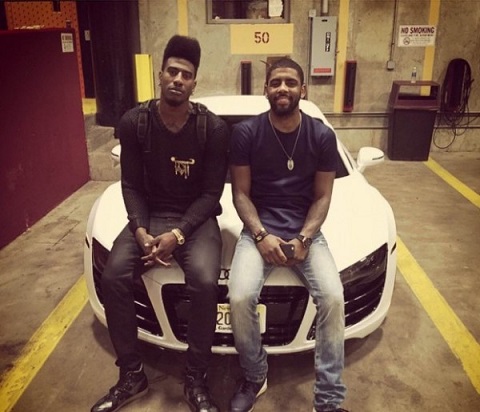 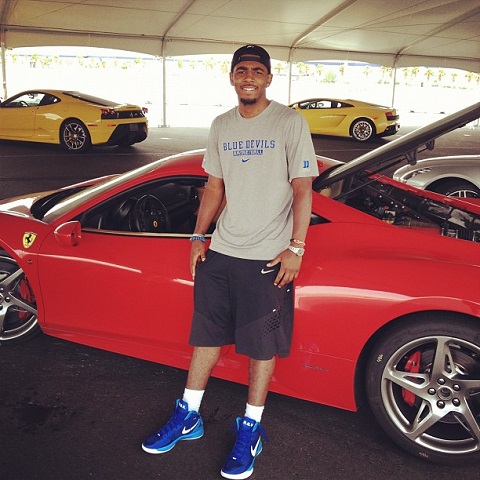 These are all the information about  Boston Celtics' player Kyrie Irving's net worth, salary, lifestyle, properties and much more.