A professional football forward, Nathan Broadhead has been playing for Wigan Athletic on loan from Everton since joining them on August 9, 2022. Broadhead is one of the most important players on his team who can also play in the position of Left Winger and Right Winger. Being a native of Wales, Broadhead plays for the national football team of Wales at the national and international levels.

Furthermore, the professional footballer was interested in being a footballer from an early age, and his career started after coming to Bangor City. And when he turned ten years, Broadhead joined the team of Wrexham. Since then, Broadhead has been playing football professionally and has played with some famous teams, including Sunderland.

Welsh footballer Broadhead who previously played on a loan with Sunderland, has amassed a massive amount of money. When he joined Sunderland, the amount of his fee was not revealed, but it can be said that the payment was pretty impressive. 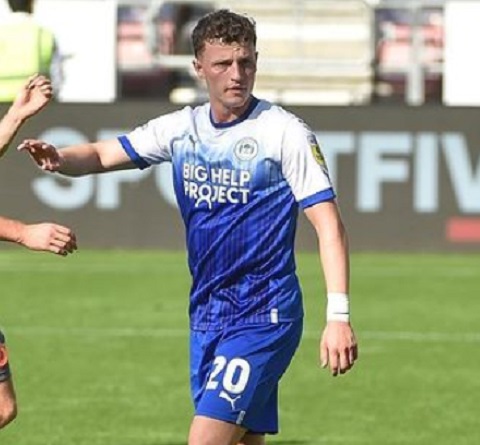 Nathan Broadhead in one of his training session SOURCE: Instagram @nathanbroady

For your information, a football player in Wales has an average salary of £30,000. So, Broadhead may earn in the same range as being a national footballer. Coming into his market value, Transfermrkt reports it to be €500Th.

You May Read: Harry Wilson

Is Nathan Broadhead Single or Dating Someone?

The professional Welsh footballer Broadhead is currently single, and he is not dating anyone. At the moment, Broadhead is at the peak point of his career, and rather than searching for a life partner, he is prioritizing his football career.

Apart from that, Broadhead prefers to maintain a distance from the media. So, being a person of a private nature, Broadhead has not made a single post about him being involved in any romantic affairs on his social media accounts.

Furthermore, Broadhead may give some updates about his affair in the future as his fans are concerned about it.

Short Details On His Football Career

Broadhead began his career after coming to Bangor City. And just at the age of 10, he came to Wrexham. In 2008, Broadhead joined Everton and made his first-team debut in December 2017 after playing against Apollon Limassol. From 2019 to 2020, Broadhead played with Burton Albion on loan. With the team, he appeared in 19 games and scored two goals.

On August 16, 2021, he moved to League One side Sunderland on loan until the end of the season. Being associated with Sunderland, Broadhead played in 20 games and scored ten goals. And on August 9, 2022, Broadhead was loaned to Wigan Athletic. 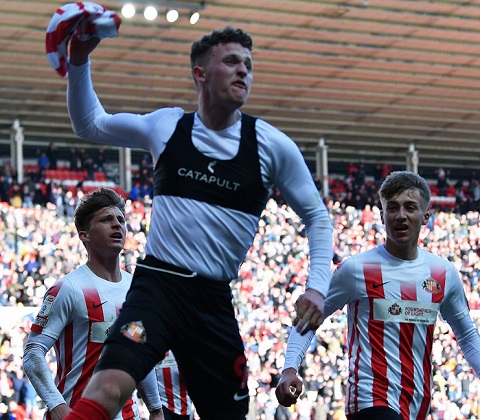 Besides that, Broadhead has also played for the national football team of Wales, but he is yet to make his debut for senior debut.

Nathan Paul Broadhead was born on April 5, 1998. Besides, Broadhead is a native of Bangor, Wales. So, he holds Welsh nationality and peaks at the height of 5 feet 10 inches (1.78 m).

Furthermore, Broadhead has not talked anything about his family background with the media. So, the information about his parents also remains under review.